The complete separation of retail and investment banking is an urgent prerequisite for future sustainable growth, not a reason to delay it, writes Compass’s Joe Cox. 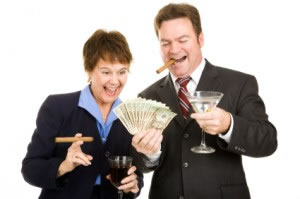 The war of words between Vince Cable and the banking lobby continues today with Angela Knight, chief executive of the British Bankers Association, pleading with the government not to launch another “assault on the banks”. Apparently she said it with a straight face.

The banking lobby’s argument is that this is the wrong time to reform the banking system because it will raise the cost and reduce the amount of credit available to UK businesses. This will in turn send the economy into recession they argue.

Whilst delay and scare tactics are age old methods employed by those that want to derail reform it is worth debunking the bank lobby’s scare tactics.

Firstly, a reminder of the cost of the banking collapse: in January 2010 six consecutive quarters of contraction ended, which saw the economy shrink by about 6% – or 10% compared with where it would now have been had the slump not occurred.

As economies across the world continue to struggle out of recession the economic and human costs mount up. The very banks that caused the huge economic contraction are now warning the ICB not to reform their structures in the interests of growth. It surely goes without saying that a stable banking system is a necessary pre-requisite for economic growth, not as the banking lobbying are protesting a luxury that we cannot currently afford.

Secondly, Will Hutton makes the point today that the anti-reform lobby are conflating two major issues, structural reform and changes to capital requirements.

Thirdly and perhaps most importantly, structural reform of the universal banks would make lending to small and medium size businesses (SMEs) more, not less, attractive for their retail and commercial divisions/banks.

Whilst there is broad agreement future growth in employment and demand will depend significantly on small and medium sized businesses they are not being served by the current banking system.

The big banks are no longer able to lend effectively to the SME sector, a point made repeatedly by David Boyle at the new economics foundation (nef). To paraphrase, it isn’t that the big banks don’t want to – politically it would be easier for them at the present time – it is that they have consolidated beyond the point where they can. They have no systems and no local managers.

At present less than 10% of all banking activity is SME sector lending because the returns from SME lending are often smaller and the process of lending to them more labour and time intensive than speculation on assets.

Before the crash, three quarters of bank lending went on financial engineering projects such as private equity or into financing overpriced real estate. Even post credit crunch when credit is scarcer the major problem is one of infrastructure, or to put it another way, the banks have enough money – they are just putting it into non-productive areas and creating speculative bubbles.

A handful of universal, too big to fail banks will never be able to cater for every community and business in the UK. The complete separation of retail and investment banking is an urgent prerequisite for future sustainable growth, not a reason to delay it.

Join the debate at The Good Banking Forum, goodbanking.org.uk