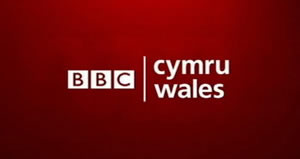 The National Union of Journalists has told Left Foot Forward reductions to programming threaten to “destroy BBC Wales as a separate entity” after the new director of the corporation in Wales admitted some popular programmes will be scrapped. Rhodri Talfan Davies yesterday warned he couldn’t “protect the full range of everything we do”.

“These cuts will go to the heart of the unique nature of BBC Wales programming, and in many people’s minds will effectively destroy BBC Wales as a separate entity.

“Throughout negotiations with the BBC, the corporation’s management has refused to take the necessary steps to avoid compulsory redundancies despite the NUJ offering a range of practical and alternative solutions in an attempt to stop journalists being forced into unemployment. Journalists at the BBC in Wales face an uncertain future through no fault of their own.

“Money should not be wasted on forcing journalists out the door. Management should avoid compulsory redundancies and invest in Welsh programming.”

On his first day in the job, Rhodri Talfan Davies told the Western Mail:

“Anyone who works in the public sector at the moment knows that leadership is essentially about choices – and that’s what we’re facing at the moment. If we’re going to protect quality then there are inevitably going to be some programmes which we think are wonderfully made, wonderfully produced, enjoyed by the audience, which we may not be able to sustain going forward.

“We cannot protect the full range of everything we do and deliver a very significant reduction.”

In May it was reported that as part of plans to make 20% savings across the BBC, proposals were being considered to end production of programmes such as am:pm, Eye on Wales and the Politics Show Wales. It is believed the final proposals will be published next month.

At the time, the leaks led to first minister Carwyn Jones calling for urgent talks with UK culture, media and sport secretary, Jeremy Hunt, over cuts he branded as “not acceptable”.

The Western Mail quoted what it described as a “well placed source” as warning:

“The scale of what is being contemplated is horrendous. There is an urgent need to organise a broad campaign of opposition.”

Questioned about the prospect of job losses, Davies argued he found it difficult to envisage the savings being made without redundancies:

“I think it’s very hard to see how the BBC might make the scale of reductions that are required without facing the possibility of compulsory redundancies.

“I think it’s the reality we’re in. It’s no different across the whole public sector. In the past at BBC Wales we have been very successful in avoiding compulsory redundancies, we’ve redeployed a significant number of staff over the last five years and we’d look to do that in the future. But we need to be realistic.”

The developments come as a cross party group of MPs from Wales have tabled an amendment to the Public Bodies Bill designed to stop the BBC from taking over Wales’s only Welsh language channel.

In October it was announced that plans by the UK government would see the BBC take over funding the Welsh language channel, leading to concerns about the availability of resources for the channel given the budget pressures being faced by the BBC. In May, the Welsh Affairs Select Committee dubbed it a “shotgun marriage”.

Responding to the tabling of the amendment to the bill, Menna Machreth, broadcasting spokesperson for Cymdeithas yr Iaith Gymraeg (the Welsh Language Society) argued:

“We’re very pleased that members of three parties in Westminster have agreed to represent the tens of thousands of people who have campaigned against the Government’s ill-considered plans. Over the next month, we, together with other groups, will press for our politicians to deliver what the people of Wales want, namely to take S4C out of the Public Bodies Bill.

“The Government has chosen to ignore the Welsh Affairs Committee’s recommendation to change their plans for S4C, so we also expect support for the amendment from the Conservative MPs Alun Cairns, Guto Bebb and David Davies.”