The IMF's boss has given her strongest warning yet that Britain should slow the pace of its spending cuts. She called for countries "to adjust their austerity programmes". 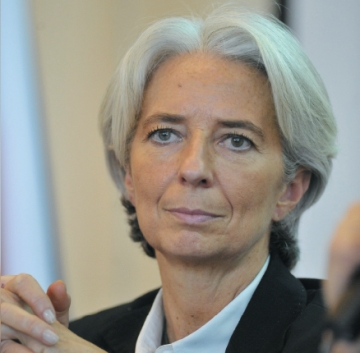 The new boss of the International Monetary Fund, Christine Lagarde, has given her strongest warning yet that Britain should slow the pace of its spending cuts. In an interview with the German weekly newspaper, Der Spiegel, she called for governments, international institutions and central banks to work together to avoid a double dip recession.

According to Reuters, Lagarde told the German paper:

“Looking at Europe, we recommend countries to adjust their austerity programmes to a changed situation and consider measures to drive growth…

“If the United States launches a credible middle-term adjustment programme, there is possibly room to abandon the short-term austerity measures and to introduce some measures to drive growth”

Last month, Lagarde made a similar argument in the Financial Times when she called for “short-term support for jobs and growth” and argued that”slamming on the brakes too quickly will hurt the recovery and worsen job prospects”.

She is joined today in her calls for a Plan B by the boss of the world’s largest bond fund. PIMCO boss, Bill Gross, said:

“The economy in the UK is worse off than it was when the plan was developed, so there should be at a minimum fine-tuning and perhaps re-routing of the plan.”

The statement is a reversal for Gross who last year described George Osborne’s plans as “probably the best combination of fiscal and monetary policies”.

The time has clearly come for a Plan B on fiscal austerity and a plan for growth.

53 Responses to “IMF boss repeats call for Plan B”