David Cameron has rooted the causes of the August riots in values and family break-up. So why is he proposing a benefit cap that will encourage parents to split? 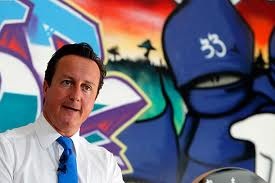 Writing in yesterday’s Mail on Sunday, prime minister David Cameron rooted the causes of the August riots in a deterioration in the nation’s values and argued this should be the government “that turns the tide on the anti-family feeling that has done such damage to this country’s values”; the benefit cap, however, will reward family break up, explains Sam Royston, poverty and early years policy adviser at The Children’s Society

In recent months, commentators, MPs, peers and even some ministers have raised concerns about a proposed benefits cap. When parliament convenes this week, it must address these concerns and make significant changes to support families.

A closer look reveals that the cap is actually a painfully blunt tool, applied with little regard of people’s circumstances.

Not only would the cap disproportionately harm people who most need it, it runs counter to the coalition’s stated goals and needs to be reconsidered.

The Department for Work and Pensions’s equality impact assessment shows that 95 per cent of the households affected are likely to have children. Sixty per cent of those hit will be lone parent families and despite reassurances that households in receipt of Disability Living Allowance will be exempt from the cap, half of those affected are estimated to have someone with a disability in them.

In addition, there will be unintended consequences of the cap, which run contrary to key areas of government policy. In particular, in its coalition agreement, the government committed to reducing ‘couple penalties’ in the welfare system.

However, as I highlighted in a paper written for Family Action, this welfare cap would introduce one of the most substantial couple penalties ever seen in the benefits system. Couples have a higher benefit entitlement than single people. Job Seekers Allowance for a couple is £38.45 per week higher than for single people.

Therefore, compared to current entitlements, a couple with children and benefit entitlement in excess of the cap would lose up to £2,000 per year more than an equivalent single-parent household.

The benefits cap couple penalty is most apparent when two lone parent parents consider moving in together. Let’s say that Theresa and David are out-of-work, single parents who don’t know one another. They each have two children and pay £150 per week in rent. They receive benefit income of around £380 per week, which is below the £500 limit, so the cap would not affect them.

However, if Theresa and David met, fell in love and decided to move in together, they could pay a steep price for cohabitation if the cap is imposed.

Under the current welfare system, if the couple moved in together, as a four-child family, in a bigger, more expensive property costing £250 per week (still a £50 per week saving over renting separately), they would have a weekly benefit entitlement of around £640 per week.

Subsequently, the £500 benefit cap would chop the couple’s weekly income by £140 per week. As a result, they would lose nearly £7,300 a year, when compared to their current entitlement.

This would be likely to force Theresa, David and their children into the most severe poverty.  It could easily keep them apart.

Having understood the central logic of the benefit cap, we can clearly see the reverse: That a similar married couple would be £7,300 a year better off separating and dividing their children, than staying together.