The new report from the IFS - the Mirrlees Review - shows that the 50p tax rate may lose the Treasury money. 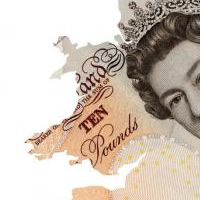 At the time it was introduced, the 50% higher rate of income tax seemed appropriate. The country was in crisis mode, and we needed to do all we could to bolster the public finances; many people thought it was a fair measure to temporarily raise the rate that Britain’s highest earners pay on their income.

But that was 2009 – and times have since changed. We are not in crisis mode anymore, despite our flat-lining economy.

Attention has turned to how we can create jobs and boost growth, to get us out of the deep pile of economic mess we are in.

Like it or not, levying high taxes over the long term – confiscating a whole half of what a person earns – sends a negative message, that Britain is more interested in symbolic gestures than in supporting high earners who create jobs and provide much needed funds to the Treasury.

At the very least, it puts off the globally mobile high earners, who can choose where to live. At worst, it could encourage more tax avoidance, and discourage people from aspiring to earn more and go beyond the 50% threshold.

The Mirrlees Review was released on this week  carried out by the Institute for Fiscal Studies. The IFS is a non-partisan, well-respected economic and fiscal think tank whose data Left Foot Forward has often drawn upon to show how this government’s economic policy is wrong-headed or unjust.

Mirrlees looks closely at the effectiveness of the 50% tax rate on the highest earners (see pages 108-110, pdf). Only 275,000 or so people are effected by the top rate of tax, but it is a very important segment of the economy; as the IFS report points out, 25% of all income tax received by the state comes from this segment of the population – and they account for just 1% of all taxpayers in the United Kingdom.

They also constitute very ‘responsive’ group. They have more options when it comes to how they earn their money and take their remuneration than most people do. Therefore, they are more able to legally avoid paying the top rate of tax. As the report states, there are high earners from other countries who might be put off from coming here in the first place.

It is clearly possible that a 50% top rate of tax actually results in a net tax loss for the state than a net gain, as that income bracket can so easily find ways to avoid paying it – and high earners we would like to attract as a nation would be put off from relocating here.

Instead, the IFS suggests that the income tax base could be widened by simplifying the tax code and removing loopholes and tax reliefs. Such measures would reduce the ability to avoid tax and would make one of the world’s most complex tax systems more simple.

High taxes may feel comfortable for many of us on the left, but if they end up reducing the number of pounds that come into the Treasury,what is their worth? Symbolism? Even if that stubborn symbolism costs us hundreds of millions as a nation?

Raising taxes might feel natural to many, but there’s no conclusive evidence that the 50 per cent rate has worked. We may well be cutting off our nose to spite our face.

25 Responses to “The 50p tax debate: Are we taxing off our nose to spite our face?”