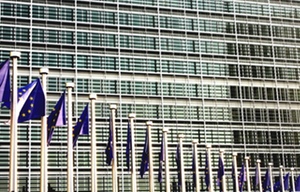 A little-known trade agreement due to be signed in Japan this weekend stands to wreck access to crucial drugs for much of the developing world, while risking freedom of speech in the developed. It has been written in secret because of the acknowledged risk that countries not involved would object to its contents, and as a result much of what we know about it comes from leaked copies and the one public draft released in April 2010.

The Anti-Counterfeiting Trade Agreement is being drawn up to protect developed countries’ content industries from the, admittedly great, counterfeiting that occurs in developing countries such as China and Russia. To this extent, it is signed by what is ostensibly a mix between developed and developing nations, although in practice, this means the EU and eight other developed countries (Australia, Canada, Japan,New Zealand, Korea, Singapore, Switzerland and the USA) along with Mexico and Morocco. Not surprisingly, both of these nations have far more at stake when it comes to keeping relations sweet with their developed neighbours than the real targets do.

In one of the few public statements on the issue, the EU Council of Ministers have said that:

ACTA is a balanced agreement, because it fully respects the rights of citizens and the concerns of important stakeholders such as consumers, internet providers and partners in developing countries,

Many of those developing countries – India, Brazil, and even Mexico themselves – are in fact furious because of what they see as an attempt to cut off their only supply of many crucial medicines. Much of the official literature about ACTA – such as this fact sheet from the EU – refers to the trade in “fake drugs”.

Although counterfeit drugs have made the headlines here, in much of the developing world, the situation is more complex. Generic versions of patented drugs are made and sold by domestic firms in contravention of international treaties, but in doing so they provide the only versions of the drugs at prices anywhere close to those that can be afforded by local people. ACTA aims to clamp down on this practice, but if it does so without providing any alternative – for example, pushing pharmaceutical companies to follow GSK’s lead and provide cheaper medicines overseas – then patients will suffer.

As if that were not concerning enough, the second focus of the treaty – intellectual property infringement online – is handled just as strictly. Although we cannot know until the final draft is released which of the proposals will be included, suggested measures include the criminalisation of circumvention of technological copyright protection, a worldwide implementation of “notice-and-takedown” rules, and an ending of so called “safe harbour” provisions.

Although targeted at copyright infringement, past experience shows that these measures are often used to crack down on legitimate speech. In the USA, the Digital Millenium Copyright Act, which is the model for much of the internet section of ACTA, has been used to silence security researchers, prevent fair use, and halt innovation.

Due to the closed-doors nature of the discussions, the primary source comes from the Wikileaks cables. A French citizens’ rights group has put together a history of the treaty, and it makes for damning reading. Particularly interesting is Mexico’s role acting as “good cops” for the treaty; when Brazil spoke up with concerns about how ACTA seems to affect the global pharmaceutical market, Mexico were eager to oppose them, and used that to ingratiate themselves with the USA.

The internal politics are concerning, but ultimately par for the course with international treaty discussions – although the USA was keen to avoid involvement of any international organisation in the negotiations – but what’s come out of them would be bad no matter what the route to the decision was.

Owing to the secrecy involved, it is hard to find anything concrete about the agreement, and so much of the above may be a moot point if the final version is ever released. But the extent of the document is certainly larger than its title implies, and it deserves far more democratic scrutiny than it has received. Even as just a damning example of the issues with closed-doors policymaking, ACTA is problematic.