Cameron, Sarkozy, Clinton and Liberal Interventionism have been vindicated. Bob Gates and Merkel have been diminished. 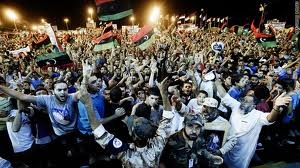 Even as fighting still rages around Colonel Gadaffi’s compound, the strategic analysis of how the NATO-backed Libyan rebels is already underway. An initial survey of the key players’ roles is revealing in assessing the strengths and weakness of the Libyan intervention.

‘Give me lucky generals’ Napoleon said. The Libyan intervention certainly proved the North Atlantic alliance’s good fortune. Despite the considerable constraints of US and UK military overstretch, UNSCR 1973’s no-ground troops proviso, and deadly friendly fire incidents that threatened the alliance’s will and cohesion, NATO successfully achieved its goal.

NATO airpower protected the rebels, interdicted Gadaffi’s forces  and bought time for the popular uprising to escalate to the point of success. As the pre-eminent war-theorist Carl von Clausewitz warned, conducting a limited war is so difficult that often “the attack comes to a standstill before the object is gained.” Thus NATO deserves credit for executing operations under difficult conditions, as well as for its luck.

David Cameron and the British Government

Cameron executed the Blair-Kosovo playbook perfectly: private pressure on the Americans, a firm line within NATO and patience with a little French grandstanding so as to enjoy the military and political benefits of French heavy-lifting.

However, the government’s proposed defence cuts are of deep concern to those who approve of the Libyan action and now fear for Britain’s ability to play a leading role in the humanitarian interventions of the future.

Libya is a stain on the judgment of former Defence Secretary Robert Gates who argued against the intervention within the National Security Council. In contrast, Secretary of State Hillary Clinton, UN Ambassador Susan Rice and NSC members Samatha Power and Gayle Smith deserve great credit for winning the President round and staying the course on the intervention.

French President Nicolas Sarkozy emerges with renewed status on both the world stage and in French domestic politics after heeding the personal entreaties of philospher Bernard-Henri Lévy, and putting France at the front of the intervention.

Meanwhile, German Chancellor Merkel’s reputation for doing the wrong thing slowly is deepened. Although Germany did not veto NATO action in Libya her initial attempt to block the No Fly Zone is now cast in an even poorer light.

Setbacks such as the death of rebel commander Abdel Fattah the tragic series of friendly fire incidents and the constant shifting nature of desert warfare could well have seen the rebels routed.

But both Gadaffi and critics of the intervention underestimated their staying power, their levels of internal organisation and their operational effectiveness.

These factors combined in Operation Mermaid Dawn the pre-planned, joint external push on Tripoli and internal civil uprising within the city that combined to oust the regime from power. The long-term lessons for this kind of low-tech, networked insurgency will be substantial.

As Bernard-Henri Levy told BBC Radio 4’s World at One:

“The game is over for Bashar Assad. The world has changed. The rules of the game have changed.”

Mssr Levy also stated that he thought regime change within Syria would be achieved without outside military action echoing the argument of Left Foot Forward writer Frank Spring earlier this month that the Syrian dictator would be toppled by his own people supported by rebel Syrian troops .

Western leaders are acutely aware of the need for the Libyan post-conflict environment to be shaped by Libyans. It is important however to remember that Libya will need foreign assistance both technical and financial in the months to come.

Shadow Foreign Secretary Douglas Alexander summarised what is required on The World at One when he said that what was needed was:

and that the political element is handled carefully:

The Libyan intervention has strengthened the proponents of the UN’s Responsibility to Protect doctrine. As in Kosovo, East Timor and Sierra Leone, humanitarian interventionism has proved successful.

As in those cases, and unlike in Iraq, the combination of a clear and immediate threat to the civilian populace, regional support for a multi-national intervention and a militarily practicable mission allowed interventionists to trade speed of escalation for scale of escalation – a slower, more secure escalation – and thus achieve victory.

As such, the spectre of Iraq for liberal interventionists may not been exorcised but is no longer paralysing.

35 Responses to “Where does NATO, Cameron, and the West stand after the Libyan intervention?”