According to new research from Harvard University, an independent Wales would be a richer Wales 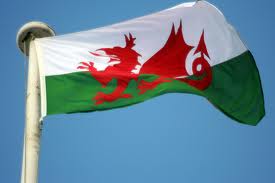 Plaid Cymru have today argued that the potential economic benefits of independence could make Wales up to 39% richer than it is today.

Launching new research entitled “The Flotilla Effect – Europe’s small economies through the eye of the storm”, commissioned by Plaid’s President, Jill Evans MEP and carried out by the Harvard researchers Adam Price (former Plaid MP) and Ben Levinger the party have  argued:

“Had Wales become an independent small nation within the EU in 1990, and performed on a par with other small nations, people in Wales could today be an average of 39% richer.

“Small is richer: being small doesn’t hamper a country’s prosperity – in fact some of Europe’s smallest countries are among its most prosperous, by various measures;

“There is a ‘small country bonus’ amongst the EU’s member states, with smaller countries growing at a more rapid pace;

“Smaller countries are frequently the fastest to recover from recession;

For the research team, Adam Price sought to argue that the report’s findings dispelled what he felt to be a myth that smaller countries were unable to cope. Commenting on the findings he argued:

“We’ve looked in detail at what has been achieved by small independent EU nations, and what an independent Wales could achieve and the results are far-reaching.

“People in Wales could be around 39% richer, and the Welsh economy could have grown by 2.5% a year had Wales achieved independence around the time of the fall of the Berlin Wall and followed a similar pattern to other similar small nations. In contrast, regions or countries which have rejected independence have performed poorly.

“Opponents of independence and further devolution have often misused the current economic problems to suggest that small countries would struggle for survival in tough economic times. Many conclusions of this report blow these assumptions out of the water.

“Far from hampering a country’s prosperity, being small can actually lead to greater economic success and greater prosperity. When it comes to charting the best economic course, small countries are the most adept and that is reflected in their wealth and well-being.”

With outgoing Plaid Cymru leader, Ieuan Wyn Jones  calling for a proper contest to find his replacement, the report published today is likely to fuel the debate within the party over to what extent it pushes its independence agenda.