Phone hacking: The big question now is what does Andy Coulson know that neither David Cameron nor James Murdoch wants coming out? By Left Foot Forward's Tom Rouse. 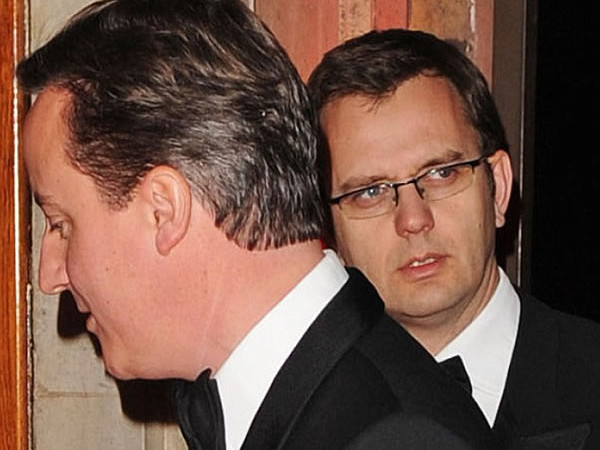 After a few weeks of relative anonymity,  Andy Coulson is firmly back in the spotlight after  the BBC’s Robert Peston revealed last night that he was receiving money from News International, whilst in his new role working as David Cameron’s spin doctor in chief.

Despite resigning as editor of News of the World in January 2007, Coulson continued to receive payment from the News International through until the end of that year, with payment continuing even after he took up his role as communications director for the Conservatives.

Andrew Neil, a former News International employee and editor, has questioned whether this was standard practice for the company, tweeting that his contract with NI provided him with no such entitlement should he choose to resign. Why then was payment made in the current case, especially as Coulson resigned as a means of taking responsibility for events that occurred on his watch.

Here at Left Foot Forward we have previously expressed concern over the salary paid to Coulson out of the taxpayers’ pocket. These concerns are particularly relevant if, as Robert Peston has reported, Coulson continued to enjoy benefits from his previous employment while working for the Tories.

A full financial disclosure by both the Conservative Party and Coulson is surely now required, as is a formal statement from Coulson admitting he misled Parliament. Questions regarding what David Cameron and George Osborne knew about Coulson and his past when they chose to hire him and their judgement in doing so are sure to resurface.

As recently as July 12th, a senior Conservative party official gave the following quote to The Guardian, categorically denying Coulson was receiving any other form of payment while working for the party:

“We can give categorical assurances that he wasn’t paid by any other source. Andy Coulson’s only salary, his only form of income, came from the party during the years he worked for the party and in government.”

And Coulson himself delivered the killer line, conveniently failing to mention any cross-over of  payments when appearing before a culture, media and sport select committee in July 2009:

News International have also previously been reluctant to discuss any payments made by the company to Coulson after his resignation:

James Murdoch: “I have no knowledge of Andy Coulson’s wages after he left the company’s employment.”

…Adrian Sanders MP: “Did you approve the subsidising of Andy Coulson’s salary after he left News of the World?”

Rebekah Brooks: “Again, that’s not true, so I didn’t approve it.”

There seems to have been a case of collective amnesia regarding Coulson’s continued payment by News International. The big question now is what does Coulson know that neither Mr Cameron nor Murdoch Jr. wants coming out? Was he paid a severance package as hush money to prevent further details of the phone hacking scandal coming out sooner?

Due diligence was clearly either not performed or the evidence which was found was ignored. The latter seems more likely; surely Cameron or one of his aides must at some point have thought to ask whether Coulson was still receiving any form of financial contribution from News International?

Perhaps the prime minister would like to return from his holidays once more, to confirm whether this was ignorance or a wilful misleading of parliament and of the British public.

63 Responses to “What does Coulson have on Cameron and Murdoch?”