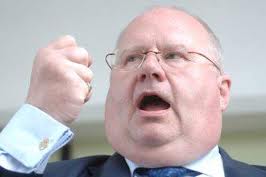 By Ed Turner, Lecturer in Politics at Aston University’s Centre for Europe, and Deputy Leader of Oxford City Council.  The views expressed are his own.

The casual reader of the Department for Communities and Local Government website might think that the headline: ‘Supporting more people into work: councils to take the lead in boosting local economic prosperity’ was in some way good news.  Sadly not: instead it marked the start of the long-overdue consultation on cutting 10% off the bill for council tax benefit, and allowing councils to devise their own local benefit schemes.

Of all the areas of the government’s welfare reform agenda, this is probably the most ill-conceived and unpleasant, for reasons of both principle and practice.

Council tax benefit is cut paid to around 5.8 million people in Great Britain, at a cost of £4.8 billion (it’s a reserved matter and so the cut in funding will affect Scotland and Wales also, although these precise proposals will not).

It is administered by local councils alongside housing benefit, and gives a full or partial subsidy to the council tax that would be payable by those on low incomes.  Currently, the government meets the full costs of council tax benefit; what we knew from the government’s spending review was that it intended to reduce the funding for council tax benefit by 10%, and allow local authorities to develop their own ways of paying it.

The government’s latest announcement includes one important new claim: that it intends to protect pensioners from any cuts by this policy.  As a result, the 42% of claimants of council tax benefit who are aged over 65 may be unaffected, although the government has not announced the details of how they will be treated.

But of course this doesn’t affect the overall scale of the funding cut, so those below pension age will be hit nearly twice as heard.  In broad terms, if the average council tax per dwelling in England is £1,195, then the average poorer claimant of working age, prior to yesterday’s announcement, would have expected to fork out £119.50 per annum out of his or her benefits; now that sum will be around £200 per annum.

This is wrong in both principle and in practice.  Let’s start with the principle.  First, the government has suggested that local authorities will be able to develop frameworks for council tax benefit costing less than their (reduced) government grant, and keep any difference.

So an authority will be financially rewarded for cutting benefits to the poor.  In doing so, it might expect poorer people to move out of its area, further reducing council tax benefit bills, but adversely affecting neighbouring areas with more generous schemes, who will receive these desperate claimants – a classic ‘race to the bottom’.

Secondly, the government’s consultation patronisingly suggests the reform will “Give local authorities a greater stake in the economic future of their local area, and so supporting the Government’s wider agenda to enable stronger, balanced economic growth across the country”.

The idea that local councils are currently uninterested in levels of unemployment in their areas is pretty insulting, but more importantly, the government appears not to recognise that rises (and falls) in unemployment are, to a very significant degree, completely outside the control of local authorities.  So, if a major employer in a town closes, not only will the local council have to deal with the social consequences, it will also find itself severely out of pocket because it will have to pay out more in council tax benefit.

Thirdly, the regional effects of this cut are highly unlikely to be equal: instead, as Dan Paskins of the New Policy Institute has shown, the cut in funds, if applied equally, will hit the poorest areas hardest: Haringey, Hartlepool and Liverpool, for instance, are in the top ten of losers per dwelling.  In cutting funds for local government, it has been shown that the government has hit poorer areas the hardest, and this reform is set to exacerbate the trend.

The reform is also going to create mayhem in practice.  For a start, the government has the aim of simplifying the benefits and tax credits system by introducing the “Universal Credit”; it is very hard to see how having 300 different local schemes of council tax benefit will help achieve this aim.

In addition, the hundreds of different council tax benefit schemes will be administered by local authorities.  This currently happens alongside housing benefit, but under the universal credit, the administration of housing support will shift to the DWP; there have been assumptions this will reduce staffing costs – but if the staff are still needed to process council tax benefit, savings will be drastically reduced.

Moreover, the DWP, not local councils, will hold information (primarily on incomes and benefits) which will be needed to calculate the new council tax benefit entitlements, so the transfer of large amounts of data will be needed from the DWP’s highly risky, planned new IT system to local councils, just at the time when two systems of benefits will be running in tandem (universal credit for new claimants, administered by the DWP, and existing benefits including housing benefit for current claimants).  It’s hard to see this herculean task being accomplished without chaos.

The consultation document encourages them to earmark contingencies for increases in the number of claimants as well as, in the document’s words, dealing with the risk that “Local authorities struggle to collect increased amounts of council tax from those households who experience a reduction in support with their bill”.  Pretty obviously, chasing people with little money for a proportion of their council tax will prove expensive, and will increase arrears.

One suspects that this particular cut was announced with little consideration for the consequences, which is why it has taken nearly a year to come up with this pathetic consultation document.  Frankly, the government would do well to go back to the drawing board, rather than pressing on with a policy which is as economically inefficient as it is morally reprehensible.