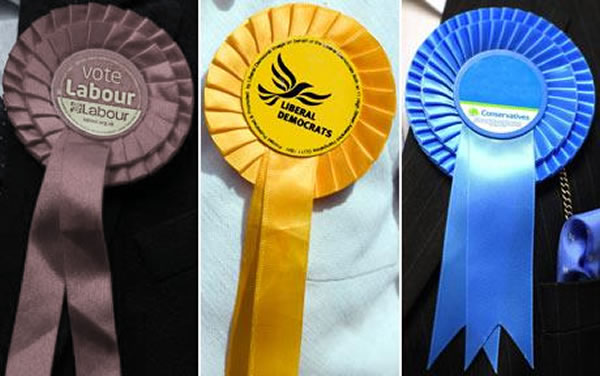 Stephen Crone is a research associate at Democratic Audit

Figures published by the Guardian today suggest a £50,000 annual cap on donations to political parties – whether from individuals, companies, trade unions or elsewhere – would have led to the notional loss of 72 per cent of Labour party income over the past five and a half years.

This is a staggering figure, and appears all the more stark when compared to the 37 and 25 per cent of donation income which the Conservatives and Liberal Democrats would have forfeited over the same period, respectively.

Yet these are not findings which will come as any great surprise to many, given the Labour party’s well-publicised dependence on large trade unions donations. Indeed, research published in a Democratic Audit report of last year came to very similar conclusions as the Guardian – as have various other articles published in the recent past.

Instead, what is of real interest in today’s Guardian article is the information it purports to disclose from an anonymous source close to the Committee on Standards in Public Life – the body which began an official inquiry into party funding last autumn and is set to report at some point in October this year.

Little coverage has been given to the committee’s inquiry since it started, and little revealed of the recommendations which it is likely to make when it concludes.

However, based on the information revealed to the Guardian by its unnamed source, it would now appear the committee is at least seriously entertaining a package of measures which might not unreasonably be considered a ‘doomsday’ settlement for Labour, in which donations are capped at £50,000 across the board and there is no compensatory scheme of direct public funding.

The shortcomings of this approach – should the Committee recommend it – would be enormous.

Firstly, as Democratic Audit has previously argued on Left Foot Forward, an annual donation cap of £50,000 is highly unlikely to assuage public fears of a ‘big donor culture’.

Not only is it a sum which is completely beyond the means of the vast majority of people, but it is also high enough to be effectively circumvented by super-wealthy individual donors through the ‘bundling’ of donations from family members or businesses, while at the same time forcing parties reliant on large institutional donations – such as Labour – to face disabling financial hardship.

Secondly – and just as importantly – it would also arguably overlook the fact that, as Professor Keith Ewing argues in a new book published this week, trade union funding of political parties is exactly the model of broad-based, transparent and democratic funding which ought to be encouraged, not stifled.

Unless of course the Labour party is willing to happily assent to its own financial disablement, it is highly likely, moreover, that any such settlement will have to be achieved by abandoning the well-established convention that party funding reforms be achieved on the basis of cross-party agreement.

There have been suggestions in the press, earlier this year, that the coalition may be willing to countenance such an approach.

However, this would probably, again, be the wrong way to proceed for a government committed to ‘remove big money from politics’. An imposed settlement which devastates the Labour party financially would not only open the coalition partners to charges of cynical opportunism, but is also likely to prove unsustainable in the long-term.

As we show in a Democratic Audit briefing (pdf) published today, this contention is supported by evidence from Canada, where the fallout from non-consensual party funding reforms passed in 2003 is still evident today.

Based on experiences there, we conclude that while it would clearly be easier for the coalition government to pass far-reaching reform of party funding law without the agreement of its main political rivals, the major parties might be better off sticking to a policy of negotiated settlement – however frustrating such an approach may prove to be.