Following their failure to join the liberation of Libya, it is time for the BRICS to step up to the level they're so often talked about being on, writes Luke Bozier. 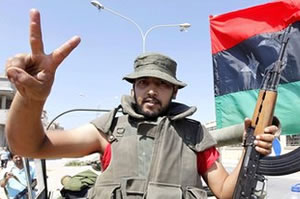 Operation ‘Unified Protector’, NATO’s military response to United Nations Security Council resolution 1973 authorising the use of force to protect Libyan citizens, saw the deployment of military assets from 18 countries, led by Britain, France and the United States. Most of the other countries were other NATO member states, with the high profile exception of Germany. Contributions were made by several non-NATO states – namely the UAE, Qatar and Jordan.

The Security Council resolution which authorised the action was passed without the support of 80% of the BRICS nations (all of which are current members of the Security Council) – all five BRICS countries except South Africa abstained. Germany was the only non-BRICS country which abstained from voting.

Despite their lack of willingness to support the spirit of the mission to liberate Libya, let alone support it with military/other resources, yesterday President Sarkozy announced he has invited Brazil, India, China and Russia to attend the Libyan reconstruction conference in Paris next week.

My question is this: do BRICS countries deserve their seat at the big international tables if they are consistently unwilling to live up to their obligations under the United Nations Charter to protect people from tyranny and genocide?

If Bosnia, Nigeria and Gabon felt able to at least vote for the resolution, if not provide military support, why can’t the big economies of the 21st century? If Bulgaria and the UAE can provide military support to help an oppressed nation liberate itself, why do countries like Russia and China feel they have the right to pontificate from the sidelines while sitting on their hands?

Worse still, why does Russia in particular feel it is appropriate to continue selling weapons and ammunition to the Syrian regime, knowing full-well those weapons will be used to kill innocent civilians, clearly breaking the Responsibility to Protect that all United Nations member states hold? If the BRICS are to be taken seriously, they will have to change their approach to international affairs.

The emerging powers of the 21st century haven’t yet realised it, but they too have a duty to stand up against genocide and serious oppression beyond their borders.

Humanitarian interventions are invariably led by the big Western powers, sometimes with non-Western nations as part of a coalition. It appears to be the case that countries like Britain, France and America are the only countries who care enough about standing up for people – even if we don’t intervene sometimes when we should, or sometimes when we can’t.

Often Western nations are accused of using humanitarian intervention as an excuse to tap oil reserves or protect some interest or another. We can be sure some of those factors will have been at play in days gone by, but it would be extremely cynical to suggest we only intervene where our interests are threatened.

But whilst you can cynically point the finger at Western countries when they do intervene, you can’t say anything about the emerging powers of the 21st century. You can’t say anything because those countries do little more than sit on their hands and snipe from the sidelines (that’s the best they do) or veto resolutions and stand in the way when responsible nations are willing to act (that’s when they really do damage, and it is in fact the norm).

This status quo can’t last forever; it is surely a matter of time before we see Brazilian and Indian jets alongside British and French ones, defending citizens and supporting indigenous uprisings, is it not? If BRICS wish to be taken seriously on the world stage, that process ought to start soon.

The next time a regime is brutalising its people and its people are calling for help from the outside, it would be nice if one or two BRICS would provide vociferous support to UNSC resolutions, military support in the air or on the sea, and special forces support, and not just hang around waiting for the investment and contract opportunities which await a fallen dictator.

It is time for the BRICS to step up to the level they’re so often talked about being on. The world would be a better place for it, and those nations would stand to benefit too, if nothing else than from a boost in moral authority.