Directly-elected mayors would avoid a schooling of internal party politics for city premiers, and could stand up toofficers. Progressives should back them. 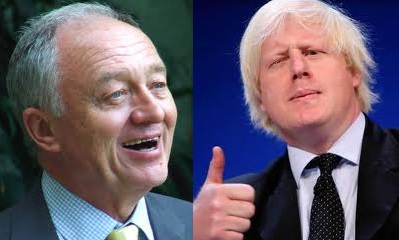 In just nine months time voters in London will go to the polls and decide whether Ken Livingstone or Boris Johnson runs the capital.

On the same day, eleven of the largest cities outside the metropolis will also be making a critical decision – whether to follow London down the same road and switch to directly-elected executive mayors.

Voters in Liverpool, Manchester, Newcastle, Leeds, Bradford, Wakefield, Sheffield, Nottingham, Birmingham, Coventry and Bristol are lined up for a referendum next May – Leicester, meanwhile, has already opted for one under existing legislation.

The proposals are contained in the government’s Localism Bill currently completing its parliamentary stages and enshrined in the coalition’s programme for government (p.12). Elected mayors were also a Labour manifesto commitment (p.9.4) at the last general election, albeit on a slightly grander “city-region” scale.

Although there were 39 local referendums on whether to switch to the mayoral model by the end of Labour’s 13 year in office, just 14 local authorities had opted to do so (and one, Stoke, actually reverted back to previous arrangements, fearful of a BNP win), while Salford in Greater Manchester looks set to be the next to decide on a mayor, following a recent mass petition of local residents demanding a vote.

This time around the department of communities and local government’s impact assessment projects that eight of the eleven big cities holding referendums next May will see a positive response, although the situation on the ground is more complex.

Here, the concept of directly-elected mayors runs into the local government’s innate conservatism. Many councillors, from all political parties, tend to see the idea as a threat to their status and career prospects. Likewise, senior officers who are used to dealing with part-time amateur politicians greet the prospect of dealing with powerful, independent mayors with strong, personal mandates with something less than alacrity.

Putting the shallow self-interest of local government’s panjandrums to one side, however, there are powerful reasons why the time has come for directly-elected mayors. The first and most obvious is that the skill-set traditionally needed to bubble to the top of municipal politics – which focuses on internal politicking and party management – is simply peripheral to the task of running large, modern, outward-looking cities.

Council leaders increasingly need to be transformative and engaging figures; galvanising the communities they serve, lobbying at a national and international level for their city’s interests and driving change internally to meet complex social and economic goals.

A recent report by the Urban Land Institute think tank shows that developing a city’s brand is now crucial in securing investment and economic development. There are countless examples (including both Ken and Boris) where elected mayors can use their status to actually personify the city’s brand. It is also clear that electoral turnout and the public’s awareness of who runs their council increase considerably under the mayoral model. The test for this is simple: Boris Johnson aside, there is not a single other high-profile big city council chief in the land.

Likewise the ongoing imperative of making deep spending cuts and reshaping services makes it vital that our biggest councils have strong political leadership and clear vision as they try to withstand the bracing financial headwinds of the next few years.

But the clock is ticking. Assuming the Localism Bill is passed in the autumn, there is now less than a year to mount campaigns in each of the 11 cities to sell this proposition to the British public.

The failure of the AV referendum campaign shows the need for early campaign planning. The elected mayor model needs advocates. It is an issue that deserves an airing and there is much for progressives to embrace. The danger is that next May’s local referendums get overlooked as the party machines narrow their attention on the bread-and-butter local elections and Ken vs Boris: The Rematch.

Unless effective all-party (and no party) campaigns are put together now, the forces of conservatism in local government may prevail; leaving the largest cities outside London even further behind in terms of political heft and the ability to shape their own destinies; accentuating the gulf that already exists between the capital and rest of the country.

We will be left with a penny farthing political system trying to grapple with the intricate problems of complex, 21st century cities which are trying to juggle a fast-moving policy agenda with vastly fewer resources than has been the case in recent years. Furthermore, a failure to make this crucial change will serve to reward and entrench the parochialism of the current system.

This is a once in a generation opportunity to redraw the power map of England. Progressives of all shapes and sizes are needed to lead the way in doing so; but are we equal to the challenge?