William Bain, the shadow food, farming and fisheries minister, writes on the need for a bold consensus across Europe for a fairer future for fisheries. 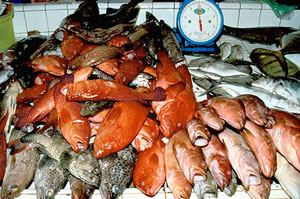 Civic society has had some extraordinary victories this year: public opinion forced News Corporation to drop its bid to take over BSkyB; thousands of campaigners forced the government to drop the sell-off of England’s forests; and Parliament voted to ban wild animals in circuses.

Now, 700,000 people (through Channel 4’s Fish Fight Campaign), have spoken truth to power – and power, in the form of the European Commission, retailers and national governments, has been forced to listen, and radically change fisheries policy.

Marks & Spencer, Selfridges, and Sainsbury’s have worked with consumers to change their buying behaviour – promoting traditional British fish like dabs and coley instead of over-fished cod and haddock, and buyers have responded.

This week’s unanimous adoption by the European Commission of Commissioner Damanaki’s proposals for reform of the EU Common Fisheries Policy in 2013 is a milestone in ending the scandal of what the UN Food and Agriculture Organisation has estimated as 1.7 million tonnes of edible fish caught in EU fisheries thrown back into the sea – dead.

In a world where food production must rise by 70 per cent to feed an estimated 9 billion people by 2050, and in which the UN calculates that 925 million go hungry every day, this is an immoral waste of natural resources. Globally, the FAO believes 23% of fish caught is discarded, but in the EU, this figure rises in certain fisheries to as much as 60%. Without change, the over-exploitation of EU fisheries will rise from 75% to 90% in a decade.

Globally, over-exploitation of fisheries stands at almost a third.

The Common Fisheries Policy is badly broken, but unlike the SNP, Labour believes this issue cannot be left to member states alone. Our seas and oceans are a collective natural capital; fish don’t carry passports, or recognise national boundaries. A reformed European fisheries policy is the best means to combine stewardship of our marine environment, consumer wishes, and a financially viable future for the fishing industry in Scotland and the EU.

The plans introduce an ecosystem approach to fisheries management – particularly important in Scotland’s mixed fisheries – regulating the amount of fish lifted from each sea basin rather than quotas for each individual species. Roll-out of catch quotas and regional management of fisheries is key to delivering this aim. It allows the fishing industry to take more responsibility and control for the management of quotas, and ends the absurdity of Brussels dictating net sizes.

Government can help by incentivising fishers who use more selective nets and on-ship monitoring equipment, which can further reduce levels of discarded and bycatch of fish, as witnessed in Denmark and Scotland. The plans also envisage new job creation in the processing of otherwise discarded fish, and an expansion of the aquaculture sector, which has the potential to boost the burgeoning farmed salmon sector in Scotland.

The centrepiece of the reforms is a new system of individually tradeable catch levels for each fisher in individual member states. Small-scale fishing boats will be exempt, and quotas would be tradable only within national boundaries to prevent multinational buy-outs of fishing enterprises – an important protection for coastal or fish-dependent communities.

These safeguards are vital to address the concerns raised by the Scottish Fishermen’s Federation, and can be strengthened during the negotiations in the Council and in the European Parliament, but the principle of individual tradable quotas has worked in dealing with the root causes of discards in the US and Australia. This system also manages the issue of the 30% overcapacity in the EU fishing fleet and ensures the industry can manage capacity issues within national fleets, as has occurred in the Netherlands and Norway.

CFP reform must deliver justice in external fisheries. In a recent meeting in London with west African fishermen I was moved by their accounts of the impact of the voracious behaviour of trawlers from the EU and elsewhere in destroying the livelihoods of indigenous fishers and destabilising food security in this region. A new CFP must not duck this inequity either.

This week marks the beginning not the end of the political process. The House of Commons unanimously backed a strong pro-CFP reform motion in June. Commissioner Damanaki has called for other national parliaments to do likewise. Under the EU’s co-decision procedure, the Commission’s proposal must now be agreed by the Council and the European Parliament before being enacted. The introduction of Maximum Sustainable Yield will provide a legal basis to end over-fishing and most fish discards by 2015.

We need national governments, MPs, and MEPs to get the message – this is a once in a generation chance for change, and to support Ms Damanaki’s proposals.

To save our environment, and our fishing industry, politicians and the public must meet this challenge together.