Anders Behring Breivik, the Norway terror attacker, may just have been a lone extremist; we should stop speculating, says Dr Robert Ford of Manchester University. 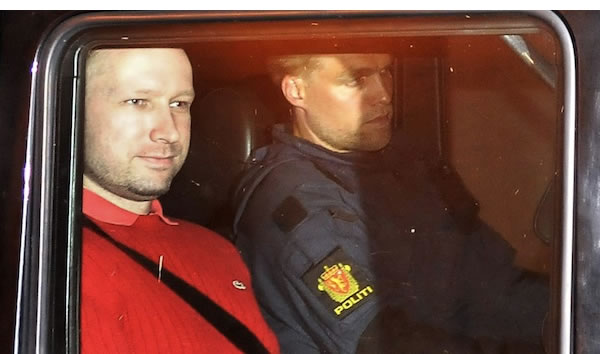 Dr Robert Ford is a research fellow in politics at the Institute for Social Change, University of Manchester; his research can be found here

The events in Norway over the past weekend have horrified and disgusted us all. Yet in the inevitable avalanche of commentary, most of it based on little or no factual evidence, we are already seeing the emergence of some familiar media tropes.

The extremist cannot be a lone fanatic; he must be a representative of some broader social movement, which “tacitly” supports such behaviour even if they don’t act themselves; we must learn the lessons from this tragedy and expunge the broader threat from our society.

There is no small irony in this, for this belief that madmen must always be representative of some broader social ill, is precisely the line of thinking frequently perpetrated by radical right politicians in their efforts to stigmatise millions of Muslims or migrants with the fanaticism or criminality of a tiny minority. Now those only too willing to employ fear and hatred find themselves to be its target.

This may bring some benefits. The growing hostility of European citizens to their Muslim minorities, and the stoking of this hostility by fear-mongering politicians and journalists, has received too little critical scrutiny.

It will do no harm to subject these agents of intolerance to closer examination. It will also do no harm to see the legitimacy of arguments made against whole religions or ethnic groups called into question. Yet too often our press and pundits are not engaging in careful reflection or critical analysis in the light of Norway’s tragedy.

Instead, they are engaging in a frenzy of speculation about what motivated Anders Behring Breivik and what his actions mean. Hardly any of this speculation seems grounded in evidence.

Let us take three of the most prominent claims.

Breivik’s extremism was encouraged by the overheated rhetoric of the internet, according to Ed West in the Daily Telegraph:

“Breivik the monster was a manifestation of the internet, the blogosphere, and its tendency to drive some individuals to ever more extreme views.”

Really? If this is so, then we may wonder why the rise of internet blogs over the past decade or so has not triggered an epidemic of murderous gunmen. I know of no research that shows any evidence of a link between any form of internet blog consumption and violence. Perhaps Ed West knows better? What is the basis for his claim?

Anders Breivik is being held up as an extreme example of a broader organised movement, which we should now apparently be worrying about a great deal.

Nationalists pose a “bigger threat than al-Qaeda”, claims Robert Lambert of the European Muslim Research Centre at Exeter. Maybe this is so, but I haven’t seen anything demonstrating that Breivik was linked to a broader terrorist movement, and the cases Lambert cites in his blog post don’t seem to be either.

I have seen no evidence put forward to demonstrate the existence of an organised far-right terror network, rather than a handful of crazed loners sharing certain paranoid delusions. If research has been done on this issue, and demonstrates the existence of such violent far right terror networks, then by all means it should be out in the public domain.

In the absence of such research, I don’t see the value of scaring people with speculation.

Previous lone gunmen turned out to be representative of nothing at all. Was Theodore Kaczynski representative of a broader American reaction against alienated modern societies, as his writings claimed? No. Was Timothy McVeigh firing the first shots in an armed insurrection against the US Federal government, as he hoped? No.

And there have been plenty of massacres whose perpetrators have no obvious political beliefs at all, such as the Virginia Tech massacre in 2007 or Derrick Bird’s Cumbrian killing spree in 2010.

We are also being told an extreme right ideology demonising Muslims and immigrants helped motivate Brevik.

“The Anders Breiviks of this world do not emerge from nowhere… they are fostered by an ideology.”

Is there any evidence to back up this claim? Bienkov doesn’t provide any. I know of no research showing massacres occur more frequently in countries with prominent extreme right movements than in countries without such movements, which is what we would expect if extremist ideology encourages murderous acts.

In fact, one major piece of research on this area, by Dutch political scientist Ruud Koopmans – “Explaining the rise of racist and extreme right violence in Western Europe: Grievances or opportunities?”, European Journal of Political Research, 2006 – suggests the opposite is true.

Perhaps someone has done more recent work demonstrating a link. If so, they should talk to the press. Otherwise, it seems just as likely Brevik sought an ideology which happened fit his existing murderous paranoia. Previous armed lunatics have always found some mad narrative of persecution, conspiracy and fear to justify their acts.

We should not be too harsh on journalists’ search for culprits and context. The universal reaction to tragedy is to demand explanations for the horror, and ways to prevent it from happening again. There is little comfort in the idea that violent loners are found in all societies, and don’t seem to be driven by anything in particular. So it is natural for journalists to respond to the public demand for explanations, the need for tragedy to be placed into a broader context.

Academics should take a different view. We are all under pressure to demonstrate the relevance of our own research, to engage with public debate and so forth, but we should not give in to the temptation to comment on things we know little about. I am a political scientist. What do I know about what motivates a madman, or what his actions mean? Very little.

I can’t tell you if Anders Brevik’s beliefs about Muslims, or multiculturalism, or his past associations with the far right, or his obsessive reading and posting on internet blogs, played any role in driving his actions. I can’t tell you if this massacre is an isolated incident or part of a larger problem. I don’t know.

Instead of offering speculations, or reinforcing those of journalists, I would like to put forward the very real possibility that murderous loners like Anders Brevik have no common background, no common cause, no organisation, and no common motivation. They represent nothing beyond themselves.

Finding someone to blame, and something to do, may be cathartic, but it is a substitute for thinking. Painful though it may be, we must admit that sometimes there is no one to blame but the madman, and no broader meaning to the tragedy he has committed.

66 Responses to “What do we know about Anders Behring Breivik? Very little”