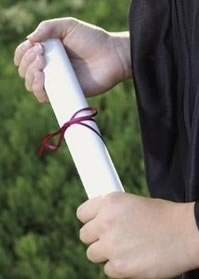 This week, the Office for Fair Access (OFFA) triumphantly declared that access spending to help disadvantaged young people get into university would increase to £600 million by 2015. On the face of it, this looks like a good news story. However, despite these increases, and a slight narrowing of the gap in recent years, the gap in access between the poorest and richest remains stark.

Government statistics from last year (pdf) reveal a 14 percentage point gap in higher education participation between 18 year olds from the top three social classes and those from the bottom four in 2007/08.

Let us not forget, however, that universities in England were already investing in spending to increase participation under the last government, aided by the national £250m AimHigher scheme. The current government scrapped the scheme, replacing it with a £150m National Scholarship Programme.

The headline figures mask some concerning shifts in the way access is funded and supported.

Yes, the overall ‘access spend’ as measured by the is set to increase, but nearly a third of this (£214m) is to be spent on fee waivers. In fact, the spending on bursaries and scholarships, far more effective at supporting poorer students, will actually decrease by 2015. Fee waivers reduce the cost to government of the student loan book, saving from embarrassment a government that cannot afford to fund its own fee policy but putting no extra cash in the pockets of the student.

In fact, the entire the £150m National Scholarship Programme (pdf) – itself a replacement for the £250m AimHigher scheme scrapped by this government – is swallowed up by fee waivers – waivers that would not have been necessary had the government not been so intent on decimating teaching funding and allowing universities to charge through the roof for their courses.

There is a welcome increase in spending on outreach programmes but without a national coordinating framework for widening participation outreach initiatives will be patchy, fragmented, and, worst of all, self-interested. By paving the way for the higher education market to be flooded with new providers, the government has ensured some universities will be ruthless in recruiting, whether they offer the right courses or not.

Not so much widening access as handing responsibility to a salesman looking to make a quick buck.

We are looking with interest to Simon Hughes, the government’s ‘access Tsar’, to offer some solutions to this mess in his forthcoming report on fair access. He will need to have some robust things to say on ensuring independent advice and guidance in schools and colleges. He has previously taken a stance against fee waivers in favour of bursaries and student maintenance support and he will need to deliver concrete progress towards this.

The fact of the matter is that under the current funding framework access is unlikely to be improved in any real way. Despite his failure to vote against the rise in tuition fees Mr Hughes has said repeatedly that he is against tuition fees but it remains to be seen if he can use his influence to deliver real improvements to the mess ministers have created.

22 Responses to “What the university access agreements won’t deliver”