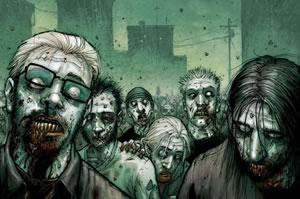 Slipped out yesterday as growth figures grabbed the headlines, was the news the people dubbed “deregulation zealots” and “right wing ideologues” by energy secretary Chris Huhne have seemingly won another battle inside government.

In a significant shake up of the UK’s planning laws, ministers are proposing a new presumption in favour of developments like roads, supermarkets and other major building works in the countryside.

Responding to the Conservative proposals The National Trust warned:

“Green belt could be sacrificed to Los Angeles-style urban sprawl in the name of economic growth.”

But planning is just one policy area where the Tory Right are seeing environmental laws as “red tape” and agitating to scrap them.

Already Labour’s pledge to make all new homes zero carbon by 2016 has been significantly watered down. Equally, the Green Investment Bank has been curtailed – prohibited from acting as a bank until 2014 at the earliest.

A recent rebellion by David Cameron’s MEPs in Brussels saw them defy him to vote down new European proposals aimed at cutting emissions and boosting green industry. Never mind that more than 70 major European businesses including Google, Unilever, Scottish and Southern Energy, and Phillips said the proposals in question would make our economy stronger.

Never mind that the companies supporting the new green measures between them account for more than 3.8 million employees, with an annual turnover of more than €1 trillion a sum, superior to the combined GDPs of Poland, Sweden and Austria.

Mr Cameron’s supposedly pro-industry MEPs decided instead to side with Poland’s coal lobby and Germany’s car industry and voted down the new green plan. Following the vote, Mr Huhne reportedly launched an investigation into whether his coalition partners were, on this occasion, ‘got at’ by Big Carbon lobbyists.

As our economy flatlines, we can expect Lord Lawson’s climate denial lobby group and their friends on the Tory Right to once again up the pressure for cutting green laws. According to Tim Montgomerie, polling for his Conservative Home website reveals Tory members rank Mr Cameron’s environmental policies as one of his biggest mistakes since becoming leader.

Yet rather than heed their calls, Mr Cameron would do better to follow the lead of German Chancellor Angela Merkel. She is a Conservative beginning to recognise the potential of clean industries to be an engine of her country’s economy.

“…lies the makings of an alternative economic strategy, focused on growth, skilled job creation and a revival of Britain’s manufacturing sector.”

In other words, far from curtailing growth, environmental laws and green investment can boost our economy. As Der Spiegel’s Christian Schwägerl put it, Germany is becoming “the world’s most important laboratory of ‘green growth’”.

Britain, meanwhile, has slipped in the league table for green investment from third to 13th. Without a new strategy from the UK chancellor, Britain will continue to lose jobs and industries to economic leaders like Germany.