Drawing on ongoing analysis of benefit receipt due to be published this autumn, we can confront David Cameron’s ignorant narrative with some real-world evidence. 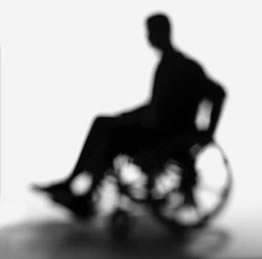 Today’s press stories on Employment Support Allowance (ESA) show that politicians and the media are stuck in a mid-1990s timewarp when it comes to sickness and disability benefits.

Far from representing the immobile bloc of long-term worklessness so often assumed in public discussion, the sickness and disability benefit caseload has changed dramatically over the last 15 years, driven by tumbling rates of receipt coupled with increases in severity of impairment.

Failure to recognise the scale of these changes has led both the previous and the current government to indulge in undisciplined and unrealistic expectations about the potential for caseload reductions.

This quotation from David Cameron neatly summarises the received wisdom on IB/ESA:

“For too long in this country we have left people on welfare for year after year when those people, with help and with assistance, could work, and so we’re producing a much better system where we really put people through their paces and say that if you can work, you should work.”

Drawing on ongoing analysis of benefit receipt due to be published this autumn, we can confront this narrative with some real-world evidence.

There are three areas where the shortfall in realism is particularly striking.

(1). “For too long in this country we have left people on welfare”

It is well known that sickness and disability benefits were extensively used in the 1980s and 90s by UK and other governments to encourage some unemployed workers – especially older male industrial workers – to leave the labour market.

Rates of IB receipt rose dramatically, with huge disparities between regions, and between men and women, which could not be realistically explained by differences in health and disability status alone. This ‘hidden unemployment’ is the origin of the lack of public confidence which has continued to dog IB to this day.

But rates of receipt for Incapacity Benefit/Employment Support Allowance have been falling for years, and have fallen most for those groups and areas which were most affected by the policies pursued in earlier decades – older men in industrial areas. The pattern has been one of strong convergence, with regions moving much closer together and falling receipt among older men.

The process is illustrated in Graph 1 below with regional data for one of the groups with the highest rates of receipt, men aged 55-59. There are still gaps between regions, but they are far smaller than in 1999 and a far more consistent with regional differences in health and disability status.

This suggests that if there was a significant ‘hidden unemployment’ component in the IB caseload in 1999, it is now largely a thing of the past – and prompts the question of just how low rates can be expected to go.

(2). “We have left people on welfare for year after year”

When politicians talk about sickness and disability benefits, they invariably focus on long-term claims. As these benefits need to support people with long-term disabilities, it is inevitable that a significant share of the caseload is long-term in nature.

Taking the caseload over time the pattern is reversed, as illustrated in Graph 2 below, where the picture at one point in time – with a clear majority of claims running for five years or more –  is the mirror image of the picture over a five year period.

Characterising the IB/ESA caseload in terms of long-term receipt while neglecting the huge numbers of people moving into and out of the system every year is an arithmetical error which fosters unrealistic expectations and blinds policy-makers to the fact these benefits are also there to support people with temporary and less severe conditions.

(3). “Those people, with help and with assistance, could work”

Over half of all IB/ESA recipients are now also in receipt of Disability Living Allowance, rising to two thirds among the long-term IB recipients with whom the prime minister is concerned. The rise in DLA receipt is one of the major trends in welfare of the last two decades, reflecting demographic change and trends in disability prevalence.

While many of the DLA recipients who dominate the long-term IB caseload would like to work, their support needs are of a different order to those with less severe impairments. It would obviously be absurd to suggest that putting ‘people through their paces’ and telling them that ‘if you can work, you should work’ are going to make a difference to the employment chances of DLA recipients.

These developments raise serious questions about how much further the sickness and disability caseload can be reduced without impacting on people in highly vulnerable situations.

This is not shroud-waving: if government intends to maintain a functioning system of support for sickness and disability, it needs to recognise that with IB receipt at low levels compared to a decade ago, any further reductions come with increased marginal costs.

As things stand, those costs are increasingly falling on sick and disabled people, and not on the exaggerated social stereotypes variously described as the ‘hidden unemployed’, ‘discouraged workers’ or ‘benefit scroungers’.

In their zeal to cut caseloads, policy makers have for years been ignoring obvious trends and pursuing self-defeating strategies in the teeth of evidence. It’s high time they recalibrated their expectations to the realities of what has been happening to benefit caseloads since the 1990s.

That would mean asking how the system can meet the twin objectives of supporting people for the duration of their inability to work and maximising the employment chances of people with long term conditions.