New concerns are being raised about the bonus package being awarded to Ian Marchant, chief executive of Scottish and Southern Energy, reports Ed Jacobs. 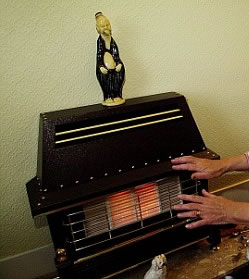 As the chairman of the energy and climate change select committee, Tim Yeo, today called on energy companies to “ditch the Del Boy sales tricks” – as well as pressing suppliers to compensate customers who have been missold gas and electricity packages on their doorstep – new concerns are being raised about the bonus package being awarded to Ian Marchant, chief executive of Scottish and Southern Energy (SSE).

Just a week after the company announced it would increase prices for household electricity by 11% (average) and household gas by 18% from September, it has now emerged that Mr Marchant has received bonuses over the past year worth more than £2 million for delivering record profits, on top of his £840,00 salary.

Commenting on the announcement, Scottish Labour MP Tom Greatrex was critical of the company, arguing:

“When hard-pressed families are seeing energy bills soar by hundreds of pounds, people will be stunned that this company’s chief executive has seen it fit to pocket an eye-watering bonus.”

The Scottish government too has been critical of the price increases being levied on consumers, with finance secretary John Swinney having last week argued:

“Power companies must do all they can to mitigate the impact on the most vulnerable people in our society, and we support the work of Ofgem to protect consumers, deliver transparency on energy prices, and ensure that companies treat their customers fairly.

“These swingeing price rises are driving up levels of fuel poverty, which is a disgrace in energy-rich Scotland. I will be meeting with SSE shortly to discuss the justification for these price rises and how actions under its energy efficiency obligations can be best targeted.”

It comes as the Scottish government admit fuel increases are making its efforts to combat fuel poverty “extremely challenging”. It was revealed by the Cabinet Secretary for Infrastructure and Capital Investment, Alex Neil, in response to a written question from Scottish Labour’s deputy finance spokesman, Rhoda Grant, dated July 20th.

Rhoda Grant (Highlands and Islands) (Scottish Labour): “To ask the Scottish Executive how the recent energy price increases announced by Scottish Power will impact on its target for the eradication of fuel poverty by 2016.”

Alex Neil: “Scottish ministers have expressed their concern over recent price increases announced by Scottish Power, both to the Company itself and the regulator, Ofgem. We estimate that up to a further 170,000 households could be placed into fuel poverty if the increase was replicated across all suppliers. Scottish ministers remain committed to the 2016 target but it is extremely challenging in the light of recent energy price increases.”

The admission has once again spurred Scottish Labour on to echo Ian Grey’s previous calls for the SNP government to reverse its cut in the fuel poverty budget.