The decision to consult Ofcom on whether Rupert Murdoch would be a “fit and proper” person to own BSkyB poses more questions than merely those of media plurality. 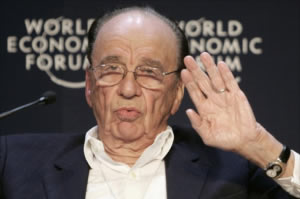 Culture secretary Jeremy Hunt’s decision to consult broadcasting regulator Ofcom for advice on whether Rupert Murdoch would be a “fit and proper” person to own 100 per cent of BSkyB poses more questions than merely those of media plurality.

Since the mid-1990s, countries including Britain have allowed the media mogul to pay little corporation tax. As far back as 1995, the Independent reported that in the previous ten years, Murdoch’s News International had paid “virtually no tax”.

As recently as 2009, News Corporation’s proprietor was being pursued by his homeland’s government after failing to pay the correct rate of corporation tax, both in Australia and the United States.

Earlier this year, Australian Capital Territory (ACT) treasury officials won a legal battle, which awarded them A$77m for avoided taxes and duties. The Guardian reported in 2005 that Murdoch’s family company was moved to Bermuda; the tax bill of A$1.2 billion had the potential to be avoided.

“Their (ACT’s) claim is that they were owed stamp duty on the transfer of the company from ACT to wherever it’s finished up, I think that’s Bermuda and after about four years investigation and two years of pursuing they’ve managed to get an estimated 77 million out of Rupert in a mix of duties and penalties.”

Having been accused of tax avoidance in a series of legal “flip and spin” moves to tax havens, one government issued a new tax that News Corporation couldn’t avoid. Three years ago, Murdoch’s most powerful competitor in Italy, prime minister Silvio Berlusconi, hit back at his rival by doubling the rate of VAT on pay-to-watch television subscriptions to 20 per cent.

As the Financial Times reported in 2008:

“The 10 per cent rate was set by the first Berlusconi government in 1995, when Mr Murdoch was entering the Italian market and the media moguls were on friendlier terms.”

Murdoch’s empire is not the first or only media company to avoid paying the necessary amount of tax; Conrad Black, convicted in America of fraud and once owner of the third largest group of newspapers in the world, including the Daily Telegraph, wrote in an editorial in 2000: