Just as it is becoming clearer that Osbornomics doesn’t work, Tory think tanks are pushing for even more of the same, writes the TUC’s Nicola Smith. 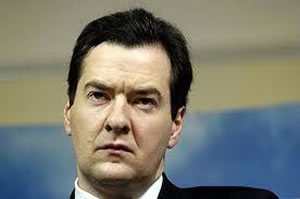 Dissapointing economic growth has sparked further calls for George Osborne to think again over the scale and speed of his spending cuts, but right-wing think tanks want the chancellor to adopt even more extreme policies. They have been left  unsatisfied that he is presiding over the sharpest cuts in public spending since World War Two, is making it easier to sack people and reducing benefits for single parents.

Conservative Home have now decided that the problem is the government isn’t right wing enough –  the medicine isn’t working because we haven’t taken enough of it.

The website has rounded up a list of key proposals from the Tory think tanks for supporting growth including:

• Ending moves to a low-carbon economy

But the evidence – as well as an honest assessment of the problems facing our economy – doesn’t support their claims. These prescriptions would simply cause even more pain.

Proposals to cut the top rate of income tax and corporation tax come, somewhat unsuprisingly, from The TaxPayers’ Alliance. However, the coalition’s existing cuts in corporation tax are set to cost the country £2.7 billion a year by 2014/15. Furthermore, the UK’s effective corporate tax rate is already 7 per cent below the headline rate with many multinationals are paying far lower rates than small businesses.

Our corporate taxes are already extremely competitive and there is no evidence cutting them from their current low base will create the jobs or investment boost we need. To make matters worse the corporation tax reductions the government has already announced have been funded by reducing investment allowances for manufacturers.

“Cutting corporation taxes but reducing investment allowances isn’t a tax cut for business – it’s a transfer from businesses that invest heavily (i.e. manufacturers) to those who don’t (i.e. financials/banks).”

The impact is a reduced incentive for business investment – which the UK desperately needs if we are ever to achieve a sustainable recovery.

And cutting the 50p rate would be another false economy – those who pay it have enough to save (rather than spend) the returns and those who don’t are in greater need of financial help. As Howard Reed has argued, emerging signs are also that the higher rate is generating revenues. Getting rid of it would simply make the deficit worse.

There may well be an argument for boosting demand through tax cuts – investment allowances which reward firms investing in innovation and jobs, or a reversal of the VAT rise which has hit the poorest hardest and is adding to the historic squeeze on consumers’ real wages – but simply providing a further boost to corporate profits, with no guarantee of a return, is the wrong place to start.

The Institute of Economic Affairs (IEA) attack on the minimum wage, quoted by Conservative Home, is to regionalise it. Yet, at a time when falling consumption is a key cause of the UK’s economic weakeness, with households facing the greatest squeeze on their living standards for decades, it seems particularly perverse to claim economic success will depend on workers being paid less.

The Low Pay Commission, which includes employer as well as union representation, sets the minimum wage nationally each year, and last year concluded jobs growth in low-paid sectors was in line with the rest of the economy and “the minimum wage has affected earnings but has had no robust or statistically significantly adverse effects on employment”.

From its introduction in 1999 until the start of the recession in 2008 the minimum wage co-existed with a buoyant labour market, and, as discussed below, the UK’s jobs market has performed better during this recession than other recent downturns. Our lack of jobs is a consequence of reduced demand – not the existence of a minimum wage of £5.93 an hour.

Moves to a low carbon economy

They may not be the biggest fan of David Cameron’s ‘Vote Blue Go Green’ strategy, but the man-made climate sceptic Global Warming Policy Foundation (GWPF) has extensive support among conservatives. However, their prescription of  reversing support for green manufacturing and a low carbon economy is simply economic folly. It risks losing the UK massive opportunities in growing sectors from renewables and electric vehicles to carbon capture and solar devices.

The global market in low carbon goods and services is already worth more than £3.2 trillion and is forecast to grow more than 4 per cent a year in the future. But the UK is lagging behind: by 2008 Germany had created a renewable energy sector employing almost half a million people with a turnover of €24 billion. In contrast, the UK employed just 7,000.

The future for much of UK manufacturing is low carbon innovation, and even the energy intensive industries themselves are not arguing for an end to low carbon policies, instead making the case for additional support for the sector to play a full part in the green economy.  A ‘just transition’ to a low carbon future would help the UK take advantage of new green markets, as well as protecting and supporting jobs. Pretending climate change isn’t happening simply isn’t an option.

The Institute of Directors (IoD) is insisting the way to unlock growth is to strip away employment rights. However, during the recession the labour market performed better than anyone expected. While under-employment is now widespread and unemployment close to 2.5 million, given the economy has come through the steepest recession since the 20s – and has hardly grown since it ended – it  is surprising employment levels are not lower.

This has confirmed the view of Chartered Institute of Personnel and Development (CIPD) chief economist, John Philpott, that given the UK has the third least regulated labour market in the developed world, there is “little convincing evidence” the productivity gap between Britain and competitor economies is due to employment regulation.

A comprehensive review (pdf) of the relationship between employment regulation and jobs growth, undertaken by Howard Reed for the TUC, has shown conclusively that cutting employees’ rights from their current low base would have no impact at all on the UK’s jobs market, and in some cases could reduce our longer term success. The claim that red tape is stifling British business is simply a delusion.

The right may claim that the only way to improve our stagnant economy is more of the same, but it is time they faced up to the fact their prescription is failing to have the effects they claimed.

We need a Plan B based on jobs and growth, supporting investment and building capacity for our long-term future. The fiscal austerity that is current being imposed on the UK is hurting, but it isn’t working.