Britain’s police officers will be forgiven if they view this past week as one of the worst in their history - yet things are about to get a whole lot worse. 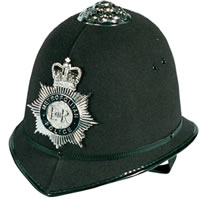 Reeling from the resignations of the Metropolitan Police Commissioner Sir Paul Stephenson and Assistant Commissioner John Yates, and mired in the swamp of revelations surrounding phone hacking at the News of the World, Britain’s police officers will be forgiven if they view this past week as one of the worst in the history of British policing.

The poisonous nexus between senior officers and News International will become fouler still as more corrupt practices are revealed through Lord Justice Leveson’s imminent inquiry into illegal payments to police officers in exchange for their divulging of private information.

However, putting this squalid episode to one side, the week also saw a report (pdf) by the Chief Inspector of Constabulary, Sir Denis O’Connor, which reveals 16,000 police officers are to be cut over the next four years as the police service reacts to the government’s spending squeeze.

As if that was not bad enough, Sir Denis confirmed these projections were based on an evaluation of known economies and that a quarter of the 43 forces in England and Wales have yet to announce what cuts they are making and the overall numbers involved could be “more severe”.

Responding to the announcement, Paul McKeever, chairman of the Police Federation – which represents rank and file officers – said forces would be:

“…struggling to keep their heads above water as they try to deal with increasing demands and diminishing resources.”

“…getting rid of needless bureaucracy, cutting out wasted time and money in IT and making sure police forces make the most of their vast purchasing power by buying together.”

To a point, he is right.

While local authorities seek out huge economies with back office rationalisation and innovative use of shared services and the NHS undergoes yet another large-scale organisational change, our Balkanised policing service is still inexplicably split between 43 constabularies – an assortment of forces of all shapes and sizes – leading to pointless overlap and duplication and as they adhere to working practices that would not disgrace a nationalised industry from the 1950s.

Although a focus on police reform is sorely overdue, doing so against a backdrop of such devastating cuts is a recipe for disaster. The hard-won 43 per cent reduction in crime under Labour looks imperilled as the government tries to make the case that ‘necessity is the mother of invention’ and that cuts are a good opportunity to drive reform.

The reverse is the case.

There is little opportunity for meaningful reform when the police’s entire energy will be focused on protecting the frontline amid all this old fashioned jobs-shedding. As Sir Denis revealed in a separate report, it is expected that every 10% drop in police number leads to a 3% increase in property crime.

So a suitably downbeat note for a truly dreadful week that has seen the reputation of the Met eviscerated, its senior leadership decapitated and a judicial inquiry into corrupt police practices initiated. Further grisly revelations about the conduct of some officers will undoubtedly tumble forth.

Meanwhile all this is set against the backdrop of savage staffing cuts that will further erode the police’s effectiveness while reducing the comprehensiveness and responsiveness of the service at a time when austerity is biting and crime is set to rise.

This may have been one of the worst weeks ever for British policing, but we should not hold our breath. It will not be the last.