The Legal Aid, Sentencing and Punishment of Offenders Bill committee hearings will be closely watched, many believing the bill is fundamentally flawed, a shambles. 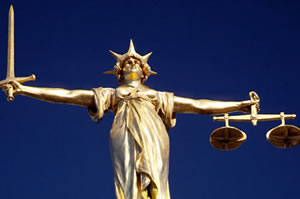 By Jonny Mulligan of the Sound Off For Justice campaign

The Sound off For Justice campaign, its partners and 25,000 supporters are closely watching the House of Commons Legal Aid, Sentencing and Punishment of Offenders Bill committee hearings from 4:00pm in Parliament this afternoon (watch it here), beacause we believe the bill is fundamentally flawed and a shambles. We have 19 questions which we believe must be answered and would like the committee to consider in the course of its fact-finding.

To date the government and ministers are still being evasive and are running away from telling the truth. They have failed to answer these questions. We believe this is because they do not actually have the answers.

If they do answer them it will demonstrate the fundamental flaws at the centre of the governments bill. This week the NHS has backed up our analysis and attacked the governments cuts to legal aid for clinical negligence.

In a report launched on Monday the NHS stated:

“We have serious concerns over the proposal to withdraw legal aid from clinical negligence claims.”

Whilst we have seen an upsurge of claims brought under Conditional Fee Agreements (CFAs) in recent years, we question whether CFAs are likely to be readily available to fund many of the more serious claims currently brought via legal aid, particularly those involving brain-damaged children and adults. Such claims would therefore fall within all four of the criteria listed in paragraph 4.146 of the consultation as justifying the retention of funding.

The committee needs to use this report as evidence that the department of health have lost faith in the Ministry of Justice cuts to legal aid. MPs will hear oral evidence today and this Thursday and then consider the bill every Tuesday and Thursday, excluding the recess, from that point on, concluding Thursday October 13th.

It is important the committee understand the Justice Bill is littered with mistakes, inaccuracies and lacks detailed impact assessments. The figures and calculations the government has used for the Justice Bill are based on assumptions rather than evidence.

Sound off for justice believe the following will result from the bill:

• Cuts in civil legal aid will penalise the victims of crime and not the perpetrators;

• Clause 12 will undermine a cornerstone of our justice system;

• The Jackson reforms will increase costs to businesses, to government departments and the taxpayer as well as raid the damages of victims of serious injury by up to 25%.

• We oppose plans in clause 52 to cap the compensation people receive when they have been wrongfully prosecuted by the state.

MoJ Ministers have another chance to listen – two justice ministers Crispin Blunt and Jonathan Djanogly sit on this committee.

To date they have not listened to the 4,000 people who responded to the consultation and are against the bill. To date theses ministers have ignored 25,000 people that have signed our petition. The government are now trying to fast track the bill through parliament, without proper scrutiny, without listening and without any care for the 725,000 people every year that will be denied access to Justice.

The measures the government wants to introduce are not based on solid analysis nor fact. At times it has been breathtakingly obvious that ministers, certain government MPs who are members of the bill committee, and officials have ignored the responses to their consultation. We believe 90 per cent of respondents are against the cuts in legal aid. The government has to start listening in full to the people that are against the cuts.