Becoming a social movement has sound principles and is smart politics - it should be where Labour organisationally steals a march on our rival parties in government. 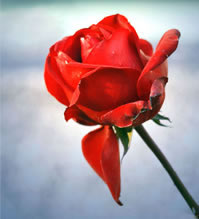 This has been a good week for the future of the Labour party. The appointment of Iain McNicol as Labour’s new General Secretary demonstrates a real recognition of the scale of changes required.

We cannot recover as uniting force in the UK until we’ve listened and learned from our experiences in government, how elected office can be used to bend and re-shape power and used to provide practical solutions for working and middle class people in a time of great uncertainty.

As it stands one thing seems abundantly clear: one year into Opposition and we still need to listen more. Re-engineering our organisation and approach is vital and I am confident Labour’s new General Secretary will be the crucial catalyst.

Last month in a brilliant analysis for Social Europe of the organisational design and culture within political parties, Left Foot Forward’s Marcus Roberts and Daniel Elton make a compelling case for Labour committing to a new way of working:

“Movement-oriented politics means a break with a fixation on centralised structures, rigid hierarchies and a strict command-and-control ethos. In Britain, Labour must realise that to win again it must organise in a far more open, loose, democratic and pluralist fashion.”

This is no comfort zone, but a stark recognition the fast changing world we are in puts hierarchical organisations under incredible strain. The growing interconnectedness through technology, the continued decline of deference and a revived respect for authenticity means New Labour’s command and control methods now look dated.

The Conservative party’s determination to re-run our old approach in a new age is extraordinary miscalculation, and at times appears comical. Their instruction to parliamentary candidates at the 2010 general election to ensure each and every tweet was ‘signed off’ was as absurd as it was revealing.

The social movement principles outlined by Marcus and Daniel benefit any centre-left party in our situation wanting to renew, make a difference and become a sustained electoral force The thread running throughout it all is relationships. This applies as much as for the digital-savvy campaigners as those who keep all their opinions and activities offline. It will not be easy to pull off, but it is critical that it is attempted sooner rather than later.

Thinking back over past elections it is fair to say that on the doorstep our relationship with voters has in places been stretched to breaking point. In some ‘safe’ wards or seats the amount of contact is patchy. Even in areas of success with high voter contact rates, our interaction is often restricted to asking the five same old questions.

These are not questions to reveal insight or issues, but to enable us to codify individuals and streets in terms of their voting intentions. The aim is to establish their usefulness to use on election days. There is more to politics than this equation in whereby both the party and public eventually lose.

Relying on the old techniques doesn’t help us identify what we did well in government or highlight what mistakes were made. Without a more meaningful relationship, it risks being a somewhat soulless exercise in harvesting votes with ever-diminishing returns. That is why the remarkable lessons from Birmingham Edgbaston are now being applied to Dagenham and Rainham and can be learned elsewhere.

We need texture and tone and learn to listen in a different way.

Last week I convened a public meeting in Ashington, alongside Wansbeck MP Ian Lavery, on behalf of the Northern Public Services Alliance and the Hardest Hit Coalition of disability charities. I learned more from this packed meeting than I have from months of canvassing. We heard a harrowing account of disability hate crime sustained for almost a decade. Only a Community Support Officer kept the blind woman safe and sane – but now his job is at risk from swingeing cuts.

We heard a series of accounts about how assessments by private firm Atos, on behalf of the Department for Work and Pensions, cause incalculable terror because of the superficiality of decision-making and demeaning nature of questioning. You can read these stories elsewhere online, but meeting people face to face and hearing them share their stories paints a more powerful picture.

Present at the meeting were a range of local organisations and self-help groups who gave their views and outlined new ideas. One had recently started a new group providing training to volunteer advocates to attend appeals with disabled people when they believed their benefits were being unfairly withdrawn.

Labour activists, councillors and trade unionists interspersed and overlapped identities with disability campaigners and carers. We all listened and offered many different perspectives but the social solidarity bound the meeting together. It gave a glimpse of Labour’s past and its future. We can build these relationships locally on the ground, but nationally it appears to require more effort. The challenge in Opposition is to co-exist with many other campaigning forces.

Organisations such as 38 Degrees have made an enormous impact – not in attempting to speak for the country, but to enabling much of the country to speak for itself. Labour should be collaborating with others where shared values and objectives overlap.

At one point 38 Degrees was building an enormous petition to oppose the government’s health plans; Labour’s response was to launch its own partisan online petition. Why? It was the old way of working – gathering names and email addresses for our benefit alone. I don’t know how many signed it in total. I doubt it was that many and I’m certain that’s not where our energies should have been.

A party guided on social movement principles would have emailed all our members asking them to add their name to the 38 Degrees petition. Then, in parliament, Labour MPs hammer home the cause using examples from constituencies.

We should not shy away from what we are good at. As a Labour movement our collective knowledge is immense. TUC research shows that trade union reps are eight times more likely than average to engage in voluntary work. In a world of single issue politics Labour can help join some dots. In April at a meeting on the NHS in Stockton a Communication Workers Union rep drew parallels between the cherry-picking of services by private firms in the postal industry and what was in place in the health bill. It hit home to people.

The Labour Party must form a multitude of coalitions to beat this Coalition. Our cousins within civil society have a vital part to play. We simply cannot afford go into battle alone at the next general election simply as ‘The ‘ex-Government party’. Labour needs more than a million conversations to take place between now and the next election, whenever it is. Some will take place within public meetings, others through neighbourhood events, online campaign activities or in workplaces, pubs and cafes.

These conversations must include stressed parents, frustrated young people, proud pensioners and increasingly exhausted entrepreneurs who rightly conclude the country is not being run in the interests of the majority. We can only hope to pull this off with a new organisational approach with members and supporters empowered at the heart of the action.

Relationships are at the heart of how we listen, how we learn and ultimately how we lead. They are key to getting small donors to give regularly, identifying new candidates with broad community appeal for elections and building alliances to sweep this government from power at the first opportunity. Get the structure right and the culture will follow.

Answering questions on Labour List prior to his successful appointment, Iain summed it up neatly:

“Rebuilding the voluntary party is crucial not simply because an active grassroots speaks to our, dare I say it, big society values, but because it is often the difference between winning and losing.”

Becoming a social movement has sound principles and is smart politics. It should be where Labour organisationally steals a march on our rival parties in government. The potential gains could not be bigger. Get it right and our best years are yet to come.