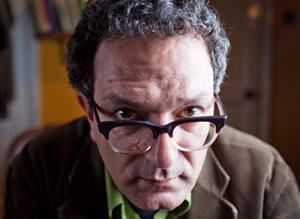 Maurice Glasman has added much to the intellectual debate of the Left. The now Lord Glassman asserted that the Labour party’s mission is about people, not the gini coefficient or policy wonkery. First and foremost, he reminded Labour that it must always answer the question “which side are you on?”; to which the correct answer is “working people and their families”.

Unfortunately, his particular answer to that question is becoming sinister.

This morning’s Daily Telegraph reported that:

Lord Glasman, the leading policy adviser to the Labour leader, said the country should “draw the line” on immigration and even renegotiate EU rules that allow free movement for migrant workers…

In an interview with this newspaper, he said: “We’ve got to reinterrogate our relationship with the EU on the movement of labour. The EU has gone from being a sort of pig farm subsidised bloc to the free movement of labour and capital.”

This is dog-whistle stuff, pure and simple, and is one step away from “Powell was right’.

It follows a recent Progress interview from Glasman where he said that Labour needs:

“To build a party that brokers a common good, that involves those people who support the EDL within our party.”

This seems to ignore the fact that the EDL, whatever worrying potential it has, still represents a small minority. Furthermore, the previous generations of Labour leaders that Glasman wants to emulate, always had to contend with an electorate where up to two-fifths of the working class voted for the Conservatives, often built on the back of right-wing populism that traces its lineage through Enoch Powell to Joe Chamberlain.

The Labour Party didn’t win the great national arguments by appeasing those elements but confronting them.