Why isn’t the coalition (or the opposition) calling for more innovation in the energy sector? asks Charles Samuda. 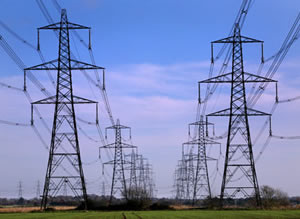 In the aftermath of several eye-watering price hikes the Big Six household electricity producers are on their way to joining the ranks of embezzling MPs, investment bankers and News of the World journalists in the public enemy leaderboard.

Witness the outrage in reaction to the announcement that Scottish and Southern Energy (SSE) boss Ian Marchant has been awarded a £2m bonus in the aftermath of SSE’s decision to raise gas prices by 18% and electricity prices by 11%. Then consider Monday’s highly critical report from the energy select committee on underhand doorstop sales by electricity providers, which shadow energy minister Huw Irranca-Davies MP wrote about on these pages on Monday.

The angry reactions are justifiable under any circumstances, and particularly at a time of rising living costs and heightened public concern at gas and electricity prices.

Both stories are driven by a focus solely on the point of purchase in the electricity supply chain whereas a more sustainable policy response would challenge the point of production; in other words, the government should care as much about how the Big Six generate the electricity they sell into your homes as what they charge for it.

The current government, however, doesn’t seem to care all that much. The unhappy contrast of two recent news items show how far the current policy environment is away from this state.

On Monday the Centre for Low Carbon Futures (CLCF) released a report (pdf) into the environmental benefits of carbon capture and utilisation (CCU). Think of CCU as a much cleverer version of carbon capture and storage (CCS) – whilst CCS contains and then hides the CO2 released by fossil fuel power generation, CCU takes this carbon and recycles it for more sustainable ends such as manufacturing materials, chemicals and fuels.

One particularly innovative example cited by the CLCF report involves feeding the CO2 to algae in order to make advanced biofuels – i.e. ones not made from crops like corn that might otherwise be used for food.

The release of the CCU technology report compares unfavorably with last week’s Guardian article highlighting just how many fossil fuel power stations are planned for construction in the UK.

It cites a Friends of the Earth report that unearthed:

“…as many as 30 potential gas schemes, which are either in late development stage or very early proposals, and which, if built, could lock Britain into a higher carbon future at a time when it is trying to promote renewable power to cut emissions.”

The implications of this represent a truly disappointing verdict on UK energy policy: in the future electricity companies are planning to generate electricity using more environmentally damaging methods whilst charging consumers more in the process. Nobody expects CCU to become the centrepiece of the energy mix anytime soon; however the lack of pressure from the government on the power generators to investment in game changing technologies – such as CCU – is deeply depressing.

From now on, the shadow business and energy teams should use every press conference, briefing and debate they partake in to challenge the electricity firms on their limited commitment to substantive innovation, not just their sales technique and employee compensation.

Yes, energy prices should be lower – but we need to think beyond next winter and encourage the rebalancing of the economy towards a green investment agenda through bold technology solutions. Getting tough on business in a language business understands will set the country heading in a far more sustainable direction.