While the headline numbers in today’s labour market data release from the Office for National Statistics were largely positive, there were some worrying undercurrents. 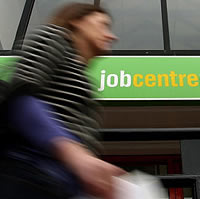 While the headline numbers in today’s labour market data release (pdf) from the Office for National Statistics (ONS) were largely positive, there were some worrying undercurrents.

The Labour Force Survey (LFS) showed employment in the latest three months was up 50,000 from the previous three months and unemployment was down 26,000 over the same period; however, the pace of improvement in the LFS data appears to be slowing.

The increase in employment was the smallest for five months. There was a 32,000 increase in the number of people described as inactive, concentrated on young people who may be becoming disillusioned about their prospects of finding employment and so are staying longer in education.

The number of redundancies in the latest three months was up 16,000 to 144,000. And the claimant count measure of unemployment increased by 24,500 in June, the fourth consecutive increase – and the largest since May 2009. Unemployment on this measure is back above 1.5 million for the first time in 14 months.

Furthermore, the claimant count for women has now reached 493,900 – 76,900 higher than a year ago and its highest level for almost 15 years. (The claimant count for men has fallen by 26,000 over the same period.) The latest increase in redundancies occurred mainly among women 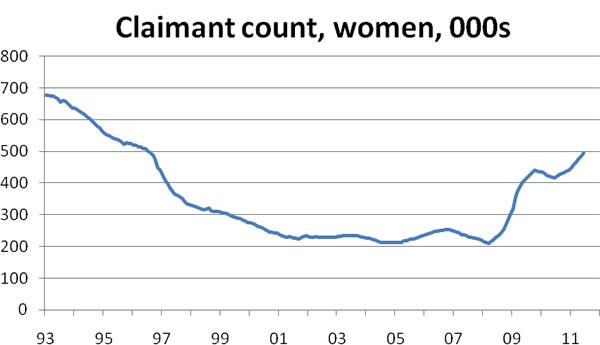 Over the last year, employment in the private sector has increased by 520,000, while employment in the public sector is down by 143.000. Public administration, health and education is the only broad sector of the economy where more women than men are employed.

With the government planning to implement more cuts in the public sector workforce over the next few years, the outlook for female unemployment is likely to remain gloomy for some time.