Leader of the Green Party, Caroline Lucas MP, writes about the Liberal Democrat u-turn on nuclear energy, and the need for a low-carbon future. 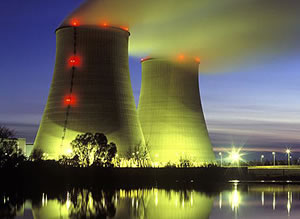 Caroline Lucas MP (Green, Brighton Pavilion) is the leader of the Green Party of England and Wales

In Parliament this week, the Secretary of State for the Department of Energy and Climate Change (DECC), Chris Huhne, presented the coalition government’s proposals (pdf) for Electricity Market Reform (EMR) – billed as the biggest shake-up of the British electricity market since privatisation in 1990.

There is little doubt that some kind of reform is needed. Over the next ten years, a quarter of the country’s energy generating capacity will go offline. As demand for electricity increases, we’ll need billions of pounds of investment to update our aging energy infrastructure.

And to meet its targets on climate change and renewables generation whilst also keeping the lights on, the UK must make urgent progress towards a greener economy.

By incentivising low carbon energy and making it easier for smaller energy producers to enter a market currently dominated by the ‘Big Six’, EMR could go some way towards decreasing our dependence on fossil fuels, reducing exposure to the volatile energy prices, and facilitating investment in renewables and energy efficiency.

However, what has become increasingly clear is that, beneath the overly complex design of the EMR, is a system specifically designed to promote nuclear power.

While governments such as those in Germany, Italy and Switzerland have heeded public concerns about the safety and economic viability of nuclear since the Fukushima disaster by phasing it out altogether, our ministers have been busy rigging the energy market in its favour.

The introduction of a carbon price floor (CPF), one of the pillars of the EMR, from April 1st 2013 will gift huge windfall handouts to existing nuclear and renewable generators – for doing nothing differently at all.

Responding to a question from Liberal Democrat MP Martin Horwood, the Treasury’s Justine Greening admitted that existing nuclear will benefit from the higher wholesale electricity prices resulting from the CPF to the tune of £50 million a year to 2030.

Factor in the cost of dealing with radioactive waste, which according to Greenpeace could be up to £1.5 billion per new nuclear power station, and the introduction of new long term contracts for ‘low carbon’ producers, Contracts for Difference, and you have a guaranteed stream of public money for nuclear. And, as the only company expected to build new nuclear here any time soon, the main beneficiary looks likely to be French Government-backed Électricité de France (EdF).

There has been much disagreement over whether nuclear should be classed as a ‘green’ and desirable source of energy. My party’s view is it is not green – from uranium mining through to waste management, the nuclear fuel cycle is responsible for significant greenhouse gas emissions – and the colossal costs, together with the inherent safety risks, do not make it desirable.

But whatever your perspective, there can be no doubt that EMR offers a subsidy for nuclear. Even Conservative MP Tim Yeo, chair of the energy and climate change committee, has asked the government to be “upfront’ about the fact. Furthermore, calls for a windfall tax on nuclear alongside the carbon floor price to claw back money for the taxpayer have so far fallen on deaf ears.

Needless to say, this all makes a mockery of the coalition pledge to provide no public money for new nuclear builds – and the political implications should not be underestimated. Before the 2010 general election, the Liberal Democrats made it clear nuclear power should not be part of the UK’s low-carbon future.

“No to nuclear and dirty coal… we have to move on from old technologies. We will not waste taxpayer subsidies on nuclear power.”

Chris Huhne’s previous opposition to nuclear is well known. In 2007, he called for an end to “the side-show of new nuclear power stations”, labelling nuclear a “tried, tested and failed technology”, saying:

“The nuclear industry’s key skill over the past half-century has not been generating electricity, but extracting lashings of taxpayers’ money.”

The Lib Dem stance has since disintegrated under the weight of coalition compromise. And the recent orchestrated effort between government officials and the nuclear industry to create a pro-nuclear public information campaign following Fukushima showed the extent of the coalition’s ideological obsession with new nuclear.

Nuclear certainly isn’t the EMR’s only fatal flaw; it also ignores the crucial role of energy efficiency and demand management measures in reducing household power costs and CO2 emissions. It fails to offer a tough Emissions Performance Standard to ban unabated coal-fired power stations, or to recognise the potential of local, decentralised and community energy.

Some of the proposals are so complex as to be almost incomprehensible.

To begin to address this, the government should channel the full revenue from the EMR away from the Treasury black hole and directly into in energy efficiency and demand reduction, and measures to lift people out of fuel poverty – strengthening the terms of the forthcoming Green Deal. It should offer long-term contracts and tariffs for electricity demand reduction, not just for electricity supply.

But nuclear remains the most politically explosive aspect of this government’s energy policy.

On Monday, the National Policy Statements for Energy Infrastructure come before Parliament. The NPSs, which outline the locations for new nuclear power stations, look set to play a key role in delivering on the aim of pushing through approval of nuclear facilities, regardless of environmental and other concerns.

Rather than this being simply nodded through, I intend to try to push it to a vote – and if that happens, we will see if the Liberal Democrats can hold true to their 2010 election manifesto and “reject a new generation of nuclear power”.