Jenny Jones AM, leader of the Green Party on the London Assembly, exposes the reality of Boris Johnson's claim to be a champion of those hit by Housing Benefit cuts. 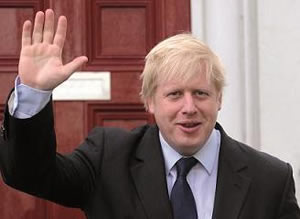 New evidence emerging from Westminster City Council and Eric Pickle’s office has further undermined the government’s case for its benefit caps and cuts.

Boris Johnson’s ambivalent posture is now untenable, and as Mayor of London he needs to intervene more forcefully on behalf of his low income constituents.

The likely impact of the reforms on Londoners described by this new evidence isn’t surprising. Academics and campaigners have been warning about hundreds of families having to take their children out of their schools, tens of thousands of households becoming homeless, and the bill to the Treasury rising ever since the reforms were announced.

What is surprising is where this new evidence comes from – champions of the reforms.

A report for an informal meeting of Westminster City Council’s cabinet apparently predicts the caps and cuts could force 4,000 school-age children out of the borough, including 500 primary school-age children from one ward alone. In all, 81 per cent of the 6,234 households in receipt of housing benefit renting in the private sector in the borough will be affected.

According to Nico Heslop, Private Secretary to Secretary of State Eric Pickles, the total benefit cap of £26,000 and the housing benefit caps could make 40,000 households homeless. The extra cost of handling these homelessness acceptances and arranging temporary accommodation for people, he wrote, will probably “generate a net cost”, wiping out any savings they might have made by picking the pockets of the poor.

Of course the Mayor of London should know all this already. His submission to the work and pensions committee concerning the housing benefit changes in isolation, written in September 2010, painted a similar picture.

His officers estimated more than 9,000 London households may have to move, with 14,000 children having to leave their local area. There would be some 5,000 more homelessness acceptances, with rises as high as 337% in Camden, 268% in Westminster, and 178% in Kensington and Chelsea. All of this would cost an estimated £78 million a year.

The revelations from Westminster council and Pickles’s office simply echo the Mayor’s own evidence; but in spite of this, all three remain firm supporters of the reforms.

Of course most people think the Mayor stood up to the government, warning of “Kosovo-style ethnic cleansing” and promising that would never happen on his watch. He has been fighting London’s corner on this, right? Wrong.

The story arose from an interview on BBC London radio in which the Mayor followed a guest who made the “Kosovo-style ethnic cleansing” allegation. As the Mayor’s subsequent statement makes clear, he fully supported the reforms and does not think they will lead to social cleansing.

The Mayor has pushed for some welcome concessions, but they are minor tweaks to slightly soften the blow, and there is no sign the government is going to adopt them. When I asked in June for an update on one very specific tweak, which would save vulnerable young people being forced into flat shares, he revealed his last meeting with a minister was in November last year and was only able to say “discussions” between his advisor and officers and the government “are ongoing”.

A genuine attempt to mitigate the impacts of these benefit cuts would involve the London mayor bringing together all of London’s councils to discuss a substantial transfer of funds and staff to match the flow of children, pensioners in need of care, problem families, and vulnerable adults who will be dislodged from inner London.

Instead of work being done to deal with this major disruption in the lives of poor people with difficult lives, the government and Mayor are ignoring their own advisers and downplaying or denying the scale of the problem they are creating.

The Mayor should also know that a better way to reduce the housing benefit bill is to provide homes that people on low incomes can actually afford. As I laid out last November in my “myth busting” briefing (pdf), for every pound we spent building new social housing in the past few years we spent five on housing benefit payments.

His housing advisor agreed with me that social housing would “clearly help reduce the housing benefit bill”, but the Mayor has made little noise about the government cutting off all future money for social housing.

Nor has he made a loud public call for reform of the private rented sector to slow the above-inflation rise in rents.

With such a weight of evidence pointing to a devastating rise in homelessness, thousands of households leaving their schools and communities, and a rising bill at the end of it all for the government, it is time that the Mayor came out forcefully against the benefit cuts. Never mind his small concessions, these caps and cuts are ill conceived and the government needs to go back to the drawing board.