An equal pension is the goal but women disproportionately affected by the discriminatory Pensions Bill are starting from a disadvantage, writes Age UK's Hilary Evans. 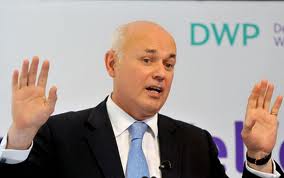 Hilary Evans is head of public affairs at Age UK

Yesterday’s debate on the Pensions Bill was an opportunity for MPs of all parties to raise concerns about the numbers of women affected by the proposals to speed up the increase in the state pension age to 66. While the bill was voted through its second reading stage, last night saw some concessions from Iain Duncan Smith, the secretary of State for Work and Pensions, on supporting those most affected by the bill’s provisions.

The current bill proposes to increase the speed at which women’s pension age rises to 65 to equalise with men’s, a process that is currently in train, and then to bring forward the start of the rise from 65 to 66 for both men and women from 2024 under current legislation, to 2018.

As such, the proposals impact on nearly five million people across the country. Age UK’s campaign, and those of other organisations, has emphasised the impact on women in particular, of this change; while the new proposals will mean that no man will have to wait more than a year longer for his state pension, half a million women will face at least a twelve-month wait.

Government arguments have centred on the idea that encouraging women to work for longer before receiving their state pensions means that they can save more for retirement, making them better off. While true for some women, this simplistic assumption ignores the many women who are not able to work to 66.

Our new report, Not Enough Time (pdf), finds that significant numbers of women in the age-group affected by these changes cannot work due to caring responsibilities for parents or grandchildren, health issues or unemployment. Some have already retired, relying on small private pensions and savings to tide them over until they reach state pension age – savings that will not spread over an additional two years.

While the women affected broadly support equalising their pension ages with men, they feel that the proposed changes in the Pensions bill are too far and too fast. Under the Pensions Act 1995, this same cohort of women accepted that their pension age would rise from 60 to 65, but had fifteen years’ notice of the changes. These new proposals offer less than seven years’ notice of another rise in the pension age. It’s no wonder that women are telling us that the goalposts keep being moved.

An equal pension is the goal, but the women disproportionately affected by this discriminatory bill are starting from a low base. Many were excluded from workplace pension schemes for much of their working lives. The pay gap meant that they could contribute less to private pensions than their male colleagues. The median private pension wealth of women aged 56 is around one-sixth that of men, at £9,100 compared to £52,800 for a man of the same age.

“In the past the pension system assumed that women did not need a pension, they needed a husband.”

But his bill is currently penalising the women who fared worst from this old-fashioned thinking about pensions, at a time when they have far too little time to plan for a delayed state pension.

Age UK is campaigning for the government not to start to raise the pension age from 65 to 66 until 2020 at the earliest, as per its promise to women in the coalition agreement. We will continue to work with parliamentarians of all parties to ensure that this bill does not expect women born in 1953 and 1954 to shoulder a massively disproportionate burden.