Over half of disabled Londoners experience hostility, aggression and violence because of their disability according to a new poll reported by the BBC. 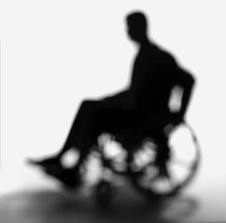 In an atmosphere of right-wing media baiting, the disabled are finding themselves the object of a persecution in everyday life. Over half of disabled Londoners have experienced hostility, aggression and even violence from strangers, because of their disability, according to a new poll reported by the BBC.

The BBC writes, on the poll of over 2,000 disabled people, that:

“Half of London respondents to the poll said they experienced discrimination on a daily or weekly basis.

“It also found that 63% of people with disabilities in London thought others did not believe they were disabled.”

Obviously the individuals committing this foul behaviour are directly responsible. However, the government and the media shape public debate and perception on any issue, even one of simple humanity.

Many journalists cultivate the perception that if you are on a disability benefit you are either, a drug addict, a cheat, have to be forced into work, or should stop moaning because disability can be good for you. The second to last link, taken from the Mail, has a picture caption reading:

“Feet up: Claimants will lose their disability benefits as the public spending cuts bite (Posed by model).”

For an article about disabled people having their benefits cut we have a completely staged photo of a able-bodied man sitting on a sofa smoking a cigarette.

Summing all this hate mongering up is an indicative Daily Express editorial. The first lines read:

Except for the systematic reporting on incapacity benefit perhaps. If one person has been abused or suffered violence because of the social impact of this reporting, that is one person too many. It’s time our press realised how cruel, unfair and one-sided their disability coverage has become.

At the same time this government are re-testing disabled people for proof that they can’t work. The fact that 71,600 people have already successfully appealed their tests initial findings, which found them ‘fit for work’, suggests how accurate it is and where its priorities lie.

To put the debate in perspective, only one per cent of benefit is fraudulently claimed and government statistics show  “tax evasion costing the public purse over £15 billion per year and benefit fraud just over £1 billion”.

Do we have constant reports of people evading tax? Are they called ‘cheats’ and ‘parasites’ who worked the international tax haven circuit while claiming to be languishing at home under punitive taxes. No. We get an unhealthy obsession with ‘benefit cheats’ that appears to be tarring those who need societies help.

23 Responses to “Aggression is a fact of life for the disabled in London, as the tabloids continue to attack”