Tony Dykes, the Director of Action for Southern Africa (ACTSA), looks at the state of the nation, one year on from the World Cup. 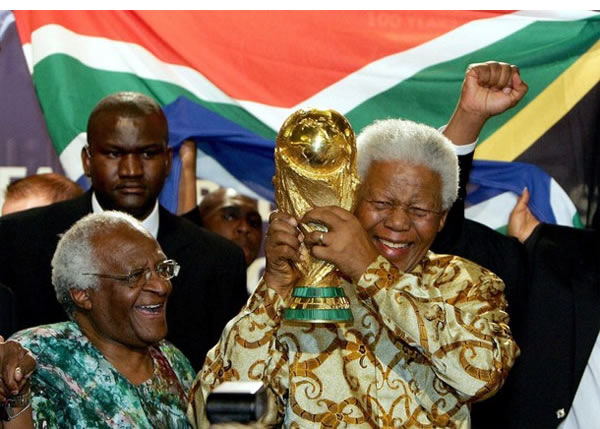 Where is South Africa today? There have been recent issues of violence including attacks on and the murder of foreigners, so called xenophobic violence. There are calls for policies which reduce poverty and inequality, and for improved service delivery.

South Africa was a great host for the World Cup. It overcame many pessimists as the nation welcomed the world to experience, to view, South Africa.

It demonstrated that Africa, too often portrayed as some kind of basket case, could host, professionally and enthusiastically, one of the greatest international events. Hosting the World Cup was an opportunity to market South Africa and it took it brilliantly.

But hosting the World Cup was never a panacea for all of the challenges South Africa continues to face and the recent attacks – which cannot be condoned, are condemned but also need to be understood – are one manifestation of that. South Africa is still a very divided society, by race and gender but increasingly by class.

Unemployment is between 25 to 40 per cent; a key challenge is how in today’s global economy can South Africa create decent work and jobs?

How can it create decent housing? South Africa has built more than 3 million homes in 17 years yet there remains a major housing crisis. Since 1994 millions have moved to South Africa from other parts of Africa and millions of South Africans have moved from rural to urban areas.

South Africa did not experience a banking crisis; it regulates its banks. But it has been seriously affected by the global economic crisis with an estimated one million jobs lost.

South Africa is Africa’s largest economy yet it remains one of the most unequal economies in the world.

South Africa held its local elections a few weeks ago. The turnout was 58.5%; the UK average for local elections is around 35% and in the referendum it was 41%. The ANC got 62%, down nearly 4%; the largest opposition party, the Democratic Alliance, got 24%.

Some commentators and polls forecast that due to concern about service delivery the ANC may get less than 60%. It did see its support drop in most provinces other than KwaZulu Natal, the home province of Jacob Zuma. For most South Africans the ANC remains the party they trust will deliver for them.

South Africa is a vibrant democracy. It has witnessed over the past 21 years a great political transformation which should be celebrated. It is finding the socio and economic transformation as great, if not a greater challenge. It is has rejected a command economy, the “socialism in one country model”.

It has operated what those at the IMF, World Bank and multinational companies view as a sound macroeconomic framework There are calls led by the trade union movement for economic policies which do more; for a change of strategy and emphasis.

The 2011 budget was seen by some as move in this direction with priority on employment creation and the acceptance that the challenges South Africa faces are those set out by Chris Hani, General Secretary of the South African Communist Party who was murdered in 1993.

“…to build a nation free from hunger, disease and poverty, free from ignorance, homelessness and humiliation, a country in which there is peace, security and jobs.”