Ulster parties have supported a review into the way special advisers at Stormont are appointed, following anger at the appointment by Sinn Fein of Mary McArdle. 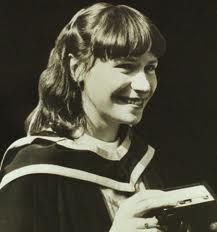 The SDLP and UUP have come out in support of a review into the way special advisers at Stormont are appointed, following anger over the appointment by Sinn Fein of Mary McArdle to advise Culture minister, Carál Ní Chuilín.

The furore centres on Ms McArdle’s conviction in 1984 of the shooting to death of 22 year old Mary Travers as she left mass with her father, Tom, who was a magistrate. The shooting was part of an IRA ambush on the Travers family.

Although McArdle was released under the terms of the Good Friday Agreement, her appointment as a special adviser, at the heart of the Stormont government has proved a step too far, with expressions of hurt and outrage being led by Mary Travers’ sister, Ann.

Responding to the appointment, at the end of last month, Ann Travers expressed her “horror” at the post McArdle now holds and called for her to stand down. She continued:

“While we all want to move forward and have peace in Northern Ireland, we’re still all allowed to grieve and we should never be asked to stop grieving or forget about our loved ones who were murdered.

Reacting to the announcement, DUP first minister, Peter Robinson, who, under the rules governing the appointment of special advisers is unable unilaterally to remove McArdle has described the move by Sinn  Fein as “insensitive and a mistake”. It is understood that McArdle, along with a number of other Sinn Fein figures have received death threats from unionist dissidents.

However, whilst expressing his sympathies to the Travers family, Sinn Fein deputy first minister, Martin McGuiness has argued that the appointment of Mary McArdle needed to be seen within the context of the wider peace process. In making clear that she would not be resigning, he told BBC Radio Ulster’s “Inside Politics” programme over the weekend:

“The big question that people have to answer is: are people who have been part of the conflict, are they entitled to have a role in building a better future?”

In response to the concerns, McArdle herself has sought to apologise to the Travers family, describing Mary’s death as a “tragic mistake” which she regretted. However, her words have not been sufficient for Ann Travers who responded in the Belfast Telegraph on Friday by explaining:

“I’ve sat back over the years and watched the news and seen Gerry Adams and Martin McGuinness and it was difficult enough to see them in authority, but things had to move on.

“And there are certain things you have to accept, but there comes a point when you just have to say ‘stop and consider the other people you are hurting’.”

Writing for the Newsletter, the former first minister, Iain Paisley, now Lord Barnside has called on the Victims Commission and Sinn Fein to listen carefully to the voice of Ann Travers. He continued:

“If the appointment of one special adviser has become the story of this newly-appointed executive rather than any other thing, then the executive right now needs to regain control and respect the mandate which put it there.”

And the chair of the Victims Commission, Brendan McAllister, has himself expressed concern at the appointment of McArdle, saying of Ann Travers’ comments that they “have been important in giving voice to the feelings of many victims who often experience the peace process as adding insult to their life-long injury”.

Having met with Ann Travers on Friday to discuss the fallout from the appointment, Peter Robinson has now confirmed that the minister for Finance and Personnel, Sammy Wilson will be leading a full review of the processes involved in the appointment of special advisers.

“I know how the people feel in south Belfast, Catholic people, nationalist people feel about what has happened and what Sinn Fein have done. They have misjudged absolutely the mood, not only of the people of Northern Ireland but particularly the mood of nationalism on this issue. I think it’s not too late to review that decision.”