Ed Miliband is to abolish elections to the shadow cabinet, it was announced tonight. 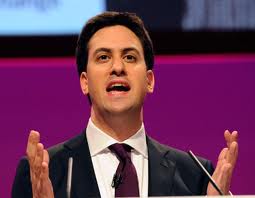 Ed Miliband is to abolish elections to the shadow cabinet, it was announced tonight. The Labour leader believes the party doesn’t need the distraction of internal elections, and should concentrate on its primary role – holding the government to account.

Mr Miliband also believes Labour should be preparing itself for the next election, and should do all it can to make sure the party’s structures reflect the fact it should be taking to the public, not amongst itself, encouraging it to look outward, not inward.

He will talk more about party reform in a speech to the Labour Party’s National Policy Forum in Wrexham this Saturday. He will say shadow cabinet elections are a legacy of Labour’s past in opposition, that they don’t reflect modern politics or how the party behaves in government.

Submissions calling for the end of shadow cabinet elections have come in as part of the Refounding Labour consultation. After going through a Labour Party National Executive Committee sub-committee process, which will go to Labour’s Annual Conference in Liverpool this autumn to be voted on.

However, Mr Miliband feels it is right for the PLP to have their own say on the proposals, so he will ask Tony Lloyd, chair of the Parliamentary Labour Party, to organise a debate and vote of the PLP.