IFS boss, Paul Johnson, has issued a stark warning to George Osborne. The prospects for growth are weak and if downgrades continue a "Plan B" is likely. 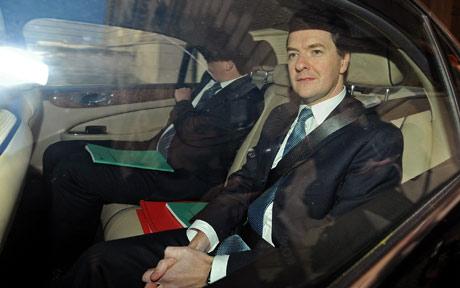 The Director of the Institute for Fiscal Studies, Paul Johnson, has issued a stark warning to George Osborne that the prospects for growth are weak with a risk that the government may well need a “macroeconomic plan B.”

In this month’s Prospect, the former Treasury official, writes:

“Over the short term, the prospects for growth certainly don’t look rosy. Between October 2010 and March 2011 the economy flatlined. For the March budget, the Office for Budget Responsibility (OBR) downgraded its growth forecasts for 2011 and 2012. Most forecasts are for poor economic performance over the next couple of years…

“If the OBR were to downgrade its predictions of growth, he would likely have to accept a delay in the balancing of the budget. Much more worrying for the government would be a return to recession or a really significant downgrade to the OBR’s estimates of long-term growth. Were that to happen we might well need a macroeconomic ‘plan B.'”

Johnson goes onto warn that the current trend of government u-turns – most recently on sentencing – may force an unintended plan B. He writes:

“The sheer ambition of the cuts may be their undoing… Cuts on this scale have not been attempted in modern times, let alone delivered. Even the NHS, protected from deep cuts, faces its toughest times in a generation.

“We have already seen the prime minister baulking at the consequences of cuts, in his recent rethink on reduced jail terms for certain criminals. As he will no doubt know, in politics, the majority counts; and the clamour for higher spending to help through the hard times may, in time, become too loud for him and his chancellor to ignore.”

But Mr Johnson notes that it is not clear that Labour’s spending plans would have made a substantive difference had the party stayed in power. He outlines that while the government is planning to cut spending by 6.6 per cent of national income by 2015-16. The last Labour government’s pre-election plans involved cuts of 5.4 per cent by 2016-17. “The difference between these two”, he writes, “though perhaps useful for drawing the political dividing lines, should not be exaggerated”