GAVI is funded through donor countries and private sector finance partnerships but could get better value for money by reducing costs from private companies. 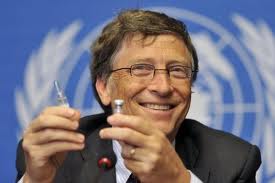 Last month the UK government reaffirmed its commitment to vaccinate 250 million children by 2015, a move that could save over 4m lives worldwide.

This latest assurance from Cameron can ease concerns of scaling back development assistance, defying the likes of Liam Fox who wants to clear the path for the UK needs to strip down its overseas aid spending. But with £2.62 billion in the bag, how will the lucky recipient, the Global Alliance for Vaccines and Immunisation (GAVI), fair in its ambitious task?

As a public-private partnership, GAVI is funded through donor country governments and private sector finance partnerships. Its aim is to help the world’s poorest countries access vital vaccines and reduce child mortality. It takes wealthy western governments such as the UK to stump up an extra £814m over the funding gap before the pharmaceutical industry consider matching them.

Vaccines are a good example of easy to measure interventions; you give a child a jab, and then calculate the cost per life saved. This move towards results based “value for money” development assistance fits right up the Conservative Party’s street, except when you look closer at the figures, how many lives will GAVI really be saving for the money spent?

GAVI has extraordinary market power. The Alliance pumps millions in to the pharmaceutical industry every year, yet an evaluation of the work it carried out between 2005-2010 cited its inability to lower vaccine prices as a “failure of the alliance”.

A good example of its approach to securing vaccines for poor countries is through a mechanism known Advanced Market Commitments. AMC led to donor money subsidising the production of pneumococcal vaccine by Pfizer and Glaxo Smith-Kline (GSK), even though it had been available in western markets for over a decade.

What’s more, calculations of “value for money” don’t necessarily take into account all the figures. The cost of one pneumococcal injection is set at £2.1 per vaccination; but this figure only covers the industry side of the bargain. Donor money matches the other £2.1 to make a total of £4.3 per jab. Add to this the need for each child to receive three doses for a complete treatment, and the total cost of vaccinating a child reaches £12.8, six times the original amount.

Despite this disparity, donor governments stand committed to the fund, leaving both the above companies to pocket a tidy sum of £137.3m each, with no price reduction passed on to the purchaser. Square this with the cost of the vaccine from emerging market manufacturers, and GAVI could have saved itself £1.8 per dose, and probably many more lives.

So why is the alliance so bad with its money? First, price transparency is a major issue. Only last week UNICEF (one of the largest purchasers of vaccinations worldwide) began publishing the prices it pays for its vaccine supplies. The results were shocking.

In an interview with the New York Times a day after the release, Daniel Berman, deputy director of Medicins Sans Frontiers (MSF) was taken through the details: “Oh my God, I had no idea the difference was so extreme”.

Although a huge step in the right direction, price publications merely expose the price differentials. It will take strong donor commitment to keeping GAVI on track and demanding more cost-effective purchasing for the money it is donating.

There also is an issue of governance. This month, vaccine manufacturer Crucell (a subsidiary of Johnson & Johnson) is replacing GSK as a pharmaceutical industry representative on the board. Crucell is the largest UNICEF supplier of vaccines, the vast majority of which is bought with GAVI funds, accounting for over 60 per cent of its income last year. Protest over such potential conflicts of interest is one of the major reasons for the resignation of Berman from the board last year. If GAVI is to reach the one in five children worldwide who still receive no vaccinations at all, more pressure from board members and civil society organisations are needed to keep the alliance accountable.

The Global Alliance for Vaccines and Immunisations is critical to the overseas development assistance strategy of many countries, and with unabated efforts to reach millions of children living in poverty; it will transform the lives of many.

It is neither the ambitions of the alliance, nor the continued support from donor countries that should be criticised; but the assessment of value for money should be explored and debated further. Campaigning organisations, like MSF, pushed UNICEF to publish their prices.

It will take more to push donor countries to direct GAVI’s investments to a more sustainable, cost-effective approach if we are to save many more lives in the future.

18 Responses to “How many more children could GAVI be saving?”