Ed Balls called the current climate of government cuts "rock and roll" time for tax avoiders, so it's fitting that U2 are performing at Glastonbury this week. 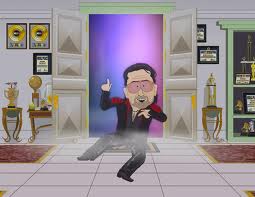 Ed Balls called the current climate of government cuts “rock and roll” time for tax avoiders, so it’s fitting that U2 are performing at Glastonbury this week.

Some might question their rock and roll credentials, but few dispute that in the name of lowering their tax bill, this band might well climb the highest mountain and run through fields (not a massively onerous task but apparently a test of devotion for them) to be where the money is.

Now the band face potential humiliation as Art Uncut, a group of artists and musicians inspired by the anti-austerity, direct action group UK Uncut, have promised to protest against U2’s tax avoidance at their performance tonight on Glastonbury’s Pyramid Stage.

Will Claymore, a spokesperson for Art Uncut, who is at the festival preparing for the protest, told Left Foot Forward:

“It’s kind of more ambitious than we originally thought. I can’t give away too many details but we are really pleased with how it’s going so far.

“There is no intention to disrupt anyone’s enjoyment, we will be pulling off a visual spectacle that may rival what U2 are doing on stage.”

Mr Claymore said his group had started a “significant buzz” with their pre-protest publicity at the site and that there was an “interesting vibe this year…there is room for Glastonbury to be more political”, facilitated by this year’s Tripod Stage area, where he said there was a gathering of many direct action groups.

The U2 tax story started back in 2006 when the band sparked criticism by “shifting parts of its business affairs from Ireland to the Netherlands in response to a cap on generous tax breaks for artists in the republic”.

The line of defence previously given by U2 spokesperson Paul McGuinness is that:

“U2 is a global business and pays taxes globally… At least 95% of U2’s business… takes place outside of Ireland and as a result the band pays many different kinds of taxes all over the world.”

However Irish aid groups have accused the group of “robbing the world’s poor”. The Debt and Development Coalition Ireland (DDCI), a coalition of 70 organisations including Oxfam and Concern Worldwide, condemned what they called U2’s “tax evasion” and alleged tax shelter in the Netherlands.

“U2’s multi-million euro tax dodge is depriving the Irish people at a time when they desperately need income to offset the Irish government’s savage austerity programme. Tax nestling in the band’s bank account should be helping to keep open the hospitals, schools and libraries that are closing all over Ireland.

“There is also a whiff of hypocrisy here with Bono being so well-known for his anti-poverty campaigning, since each year developing countries lose more in tax avoidance by multi-national companies and rich individuals than they receive in aid.”

Many will wish Art Uncut every success and hope that U2 are shamed into paying their fair amount of tax, to help the people who made their success possible. But when our elected officials feel confident enough to brazenly avoid tax while telling us ‘we are all in this together’ it’s hard to have much hope.

25 Responses to “Glasto, where the tax dodgers are named”