If the Welfare Reform Bill passes, the results will be horrific and at the Department for Work and Pensions, they are confident that it is a price worth paying. 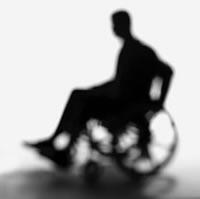 Recently, it was reported that Crisis, the charity for the homeless, had warned 11,000 young disabled people were at risk of losing their homes due to the coalition’s housing benefit cap:

“Although 4,000 of the most vulnerable disabled claimants will be exempt because they need help through the day or night, most ill and disabled people will be forced to move into cheaper accommodation, often outside the area where they live.”

Those aged 25-34 will now only be able to rent shared accommodation rather than a one bed flat, on average, losing £41 per week towards their rent. The article makes the point that:

“This disturbing cut will force people suffering serious physical disabilities or mental illness to share with strangers, even if it damages their health.”

Well, yes it will and it is shocking. Not too shocking of course until we start to see things that make us feel uncomfortable. Not too shocking until we pass twisted bodies on the streets, their collecting cup lodged into their wheelchair handles, but shocking nonetheless.

Actually the really shocking thing is the accumulation of all the cuts faced by sick or disabled people and the effect it will have on their lives and almost certainly, their homes.

We already face the squeeze that able bodied people face. The VAT rise, the high inflation, the public sector cuts, the pay freezes, but overwhelmingly this group already live in poverty. On top of all of this, Scope report that sick and disabled people will lose £9.2 billion over the term of this parliament.

“The government’s proposed welfare reforms will see 3.5 million disabled people lose over £9.2 billion of critical support by 2015 pushing them further into poverty and closer to the fringes of society.”

The figure 9.2 billion is more than 10 per cent of Mr Osborne’s entire UK cuts to reduce the deficit. A full 10% taken from those with extra costs, extra needs and very, very difficult lives; it doesn’t matter how often I write it, I am shocked and terrified by its implications.

That’s 3.5 million people. Again, I write it and can hardly believe it’s true. Many don’t yet know what they face. Some will never know – their disabilities are too severe – but they will be affected just the same.

I have no idea how many of those 3.5 million will lose their homes, but the maths seems fairly clear. The entire cost (xls) to the welfare budget of sickness and disability benefits is £16 billion. 9.2 billion is over half of that.

I’m sure that unlike me, you won’t want to read this lengthy transcript of the Welfare Reform Bill committee, currently on its last stages through parliament, but I wish you would. After all these points were made and more, after a full discussion of the horrors that lie ahead for the sick and disabled, the poverty they are facing, the categorical failure of work programmes to help when their benefits are removed, Chris Grayling, Minister of State for Work and Pensions, had little to say.

To summarise, his answer was “I don’t care, we can no longer afford it…”

I don’t exaggerate – I wish I did. You can read it for yourselves. So, if I were you, I’d get used to seeing sick or disabled people on the streets. If this bill passes, the results will be horrific and at the DWP, they are confident that it is a price worth paying.