Sound Off For Justice's Jonny Mulligan attacks the government's plans to reduce legal aid provision and therefore access to justice for the most vulnerable. 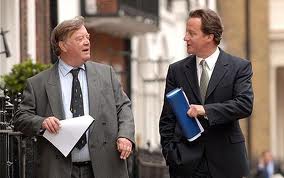 By Jonny Mulligan of the Sound Off For Justice campaign

David Cameron’s intervention on the Justice Bill has shown his policy is in tatters but it also makes clear who the victims of the ‘Big Society’ will be.

The Law Society’s response is that:

“By ending civil legal aid the prime minister has chosen to be tough on some of society’s most vulnerable people.

“It doesn’t have to be tough. The Law Society’s alternative savings make it easy for the government to save civil legal aid and make a bigger contribution to reducing the deficit than the Ministry of Justice (MOJ) plan they have tied themselves to.”

The government’s own impact assessment (pdf) on the cuts to legal aid states it will increase criminality and damage social cohesion. So why are the government and the prime minister ploughing ahead?

“What’s the point of publishing a green paper or a white paper if you don’t listen to what people say?”

The Law Society has been told that 90 per cent of the 5,000 people who responded to the legal aid cuts were against them. So why has the government not listened to The Law Society and Sir Alan Beith’s Justice Select Committee?

In response to Cameron’s apparent desire to listen, The Law Society have bemoaned that:

“If only the prime minister, Ken Clarke, and the government would listen to groups such as Shelter, Netmums and theWomen’s Institute and all the people who want to save civil legal aid.

“Sound Off For Justice has offered a way to make his policy much better, by protecting civil legal aid at the same time as saving more money than the proposed cuts, but the PM has not listened.”

The new Clause (12) of the Justice Bill appears to introduce a merits test for advice for individuals in the police station. This puts access to justice in the hands of the police and the government.

Today if you are arrested you are automatically entitled to free advice from a solicitor, paid for via the legal aid budget.

Under these proposals the director of legal aid case work, who is a civil servant designated by the Lord Chancellor, must determine that “the individual qualifies for such advice and assistance in accordance with this Part” i.e. a new test set out in the act.

This will be ‘means’ and ‘merits’ tested. So in each individual case a determination will have to be made of the detained persons’ financial position and whether their particular case warrants advice.

How do you have time to do these tests within the timescales the police operate? How will someone arrested prove their means to pay for their case when they don’t know what it will entail?

The determination under this section indicates that the individual may only be afforded ‘telephone’ advice. Even in serious cases.

It is incredible that given all of the recent cases of police miscarriages of justice – including the Ian Tomlinson case – that the government are happy to push ahead with this proposal.

Strengthening of provisions to support victims of domestic violence and persons of special education needs are coming back in but we have concerns. We believe the statement by the MOJ on the issue is misleading and will not bring that many cases back into the scope of legal aid. The early analysis from The Law Society suggests that at best 8,000 or at worst 1,000 family law cases including domestic violence – which leaves 240,000 with no support.

Compounding, and illustrating, the sense of unfairness around the bill’s proposals is the fact that the government refuses to charge the financial services industry for white-collar criminals carrying out financial fraud. These cases will still be funded from the criminal legal aid budget.

This means that while a victim of domestic violence, a child victim of neglect or an elderly person who can’t get the care they require, will get no legal aid, the government are happy for the taxpayer to pay for the alleged crimes of the financial sector, for the fat cats to milk the legal aid budget at the expense of the most vulnerable.