Ed Miliband will challenge his party to look outward not inward, become a "genuine movement" and be more open to the public in a speech to Labour activists today. 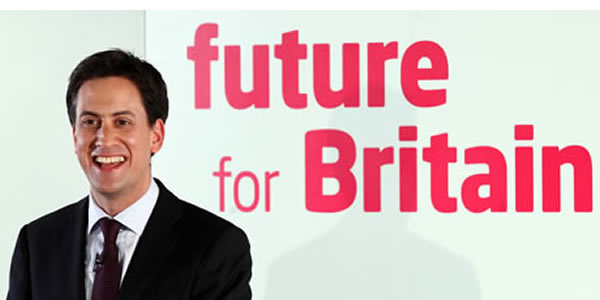 Ed Miliband will challenge his party to look outward not inward, become a “genuine movement” and be more open to the public in a speech to Labour activists in Wrexham today. Building on the momentum gained from his speech on responsibility last week, improved PMQs performances and the abolition of shadow cabinet elections, he will further outline his determination to win the next election by listening as well as leading.

“In the 1980s, people in our party argued that for too long, we had been centralised, top-down and dominated by the leadership. They argued for giving more powers to members. Some of it was right, some of it was wrong. But one crucial element was missing: the connection between members and the public. We became better at empowering our members, but disconnected from the public. Three painful election defeats followed.

“New Labour re-connected us with the hopes and aspirations of the people. We won three elections. But too often we shut the door on the party and ignored what our members were saying. At times it felt like the role of the leadership was to protect the public from the party.

“I will lead a party which is more open to the public. And my leadership will be more open and in touch with the party.”

And looking ahead to the next election, he will say:

“Labour cannot hope that power will come automatically or that all we need is one more heave or that the pendulum will swing back in our favour. We can only win if we change. Our political culture must become less inward-looking and our decision-making more open. The party I intend to build together with you will be one that faces outwards to the people it serves and works together in pursuit of its common goals.

“But I know this also: we cannot change this society in the ways we want to unless we become a genuine movement. A movement that starts with party members. That reaches out to our supporters in country. That goes beyond them to new recruits. Millions of people that argue our case up and down this country. We cannot do that either with central control from the top. Or a party that looks inward to itself.

“Lets be clear what our ambition is: To be more than a party. Labour must be a cause. We must be a movement. Because then, together, we can face up the big challenges facing Britain in the future and build the country the people deserve.”

In an interview with this morning’s Guardian, meanwhile, the Labour leader sets out his reform agenda, vowing to reform the party to connect with the public; modernise Labour’s relations with the unions – asking them to “open up”; reinvigorate party conference – including allowing NGOs like Greenpeace to address conference; getting local parties to draw up registers of local supporters; are requiring all PPCs and councillors to sign a code of conduct.

He tells the paper:

“I want to open up the leadership to the party and the party to the country. In a society that is changing so fast in so many ways, we cannot continue as we are, with essentially a closed structure that was formed a century ago… I have a clear sense of where the country needs to go and what needs to happen to the party…

“I want to be a one-term opposition, and there is no way I want shadow cabinet members looking over their shoulder and thinking about anything other than winning the next election.”

On the question of the impending wave of strikes over pensions, he adds:

“The most important thing for the unions is to get the public to understand what their argument is. I don’t think the argument has yet been got across on public sector pensions as to some of the injustices contained on what the government is doing.

“Personally I don’t think actually strike action is going to help win that argument and I think it inconveniences the public. I think strikes must always be the very last resort.”

And of the Bono tax dodging controversy, and the gap in wages between the rich and the rest, he says:

“We need a debate whether these levels of pay awards are linked to achievement because in some cases they are not.”

22 Responses to “Miliband: “Our ambition is to be more than a party; Labour must be a cause””