While Ed Miliband has got it wrong on housing policy, Boris Johnson has the answer, writes Vidhya Alakeson, Director of Research and Strategy at the Resolution Foundation. 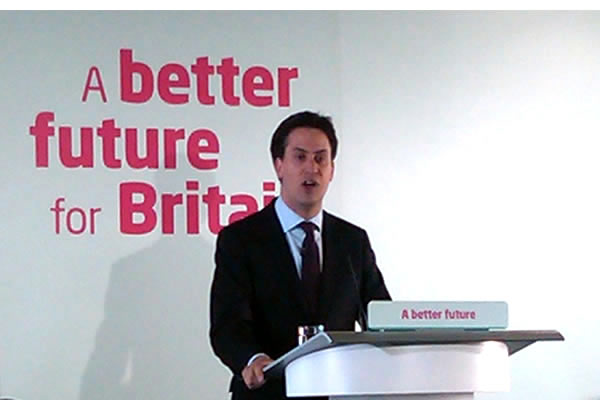 In his speech on social responsibility today, Ed Miliband argued that low income working people and those doing voluntary work should be given priority for council housing.

While this might help position his leadership, it is misguided as a piece of housing policy. Shifting ordinary working families into social housing to replace more vulnerable groups does not fix a housing crisis, it simply creates a new one. Local Authorities will find themselves paying higher costs to house vulnerable families and the homeless in the private sector.

While Ed has got it wrong, Boris Johnson has the answer. Instead of expanding social housing, the Mayor is seeking a massive expansion of private rented housing that will provide ordinary working families with higher quality homes.

The basic problem with Mr Miliband’s proposal is that it would only make sense if there were a massive expansion in social housing. Even before the government’s decision to cut grants for social house building, the rate of growth of the sector has been falling since 2007. Now, there is £4 billion less coming from government to expand the sector and millions still on the waiting list.

Faced with a shortage of supply, prioritising working families at the expense of those who are out of work will simply push the most vulnerable into an even more precarious situation. In the end, this will cost the public sector more as local authorities retain a duty to house the homeless.

Less pre-disposed to rely on social housing as the answer, Boris is sensibly looking to the private rented sector to meet the needs of working families for high quality, affordable homes. The percentage of under-35-year-olds on low-to-middle incomes in the private rented sector has tripled since 1988 and is likely to keep growing as home ownership remains out of reach.

As more of this group start families in rented homes, what is needed is a massive expansion of the sector coupled with a better offer for tenants: higher quality, family sized homes, more consistent management, and greater security of tenure. This is what countries such as Switzerland and Germany offer long-term tenants and this makes renting a more acceptable long-term choice. In Switzerland, more people rent than buy.

With less funding coming from government for housing, the Mayor is looking to the private sector to fill the gap. Some councils, such as Birmingham and Barking and Dagenham, have already secured private investment for the development of hundreds of new homes for rent on the basis of the council investing its land upfront. The Mayor is setting up the London Housing Property Company to do the same on a grander scale, investing land owned by the London Development Agency and Greater London Authority to kick start development.

Prioritising working people over those who are more vulnerable in the allocation of council housing may seem like a quick political win for a struggling leadership. But it’s hard to believe that Mr Miliband will have the stomach for the consequences of this policy as vulnerable families find themselves homeless. Social housing is an important part of the housing mix but it is not the answer to the housing needs of ordinary working families.

Boris Johnson is right to focus instead on securing private investment to build new homes for rent in the private sector.

15 Responses to “On housing, while Ed has got it wrong, Boris has the answer”