Left Foot Forward's Devolution Correspondent Ed Jacobs reports on the devolved nations' call for the coalition to act on funding and economic strategy. 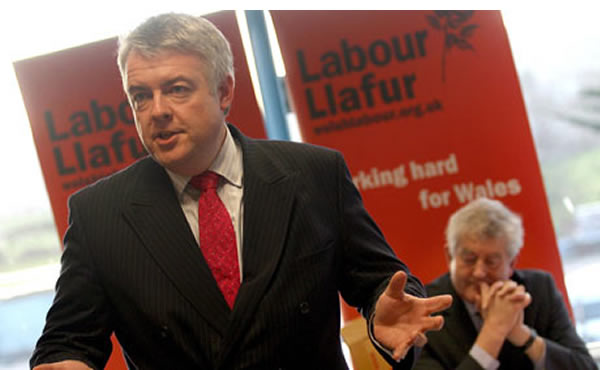 Welsh first minister Carwyn Jones has used the opportunity of the first Joint Ministerial Council (JMC) since the devolved elections to argue for funding reform.

In 2009, the Independent Commission on Funding and Finance for Wales, chaired by Gerald Holtham, used its interim report to outline how Wales was underfunded to the tune of £300 million a year under the Barnett Formula which Holtham described as “arbitrary” and in “urgent need of reform”. While In February, Left Foot Forward reported the Institute for Fiscal Studies’s conclusions that Wales is losing out under the formula.

In light of this, Welsh Labour, the party now governing alone in Cardiff Bay, used its manifesto (pdf) for the elections last month to pledge (page 23) that it would:

“Continue to press the UK Government for reform of the Barnett Formula to ensure fairer funding for Wales.”

As such, Carwyn Jones used this week’s meeting of the leaders of the devolved bodies and the UK government to make his case for reform, arguing:

“This was a constructive meeting, but again I raised the issue of the unfair funding for Wales. It is imperative that we have a better deal for the way our public services are funded. With Wales losing up to £300 million a year, the time has long passed for this to be looked at.

“I made it clear that the current system is out of date and reiterated the need for a fairer funding package. The UK government must urgently address this issue and come up with an alternative. However, they can only do this by working with us.

“I have an open mind on what a new settlement might look like, but let me be clear, the Welsh government will not accept a deal that simply entrenches the current underfunding and puts Wales once again at a disadvantage.”

However, despite the need for a fairer system, the coalition government’s position on Barnett remains confused.

Though Lord Barnett, the man who established the formula himself, argues it is “vital” to the future of the UK that the funding system be reformed, the coalition’s official policy remains to do little until the public finances are sorted. In May this year, however, Welsh secretary Cheryl Gillian argued that the formula was “coming to the end of its life”.

It remains to be seen what the immediate future of the Barnett Formula holds. However, if David Cameron really is to practice the policy of “respect” he has called for when dealing with the devolved administrations, allowing an unfair and discredited funding system – which even its creator argues is time to abandon – to continue for long will simply serve to fuel a sense of grievance and growing unfairness at a time when we are supposedly all in it together.

Meanwhile, following George Osborne’s repeated assurances on the Today programme earlier this week that the coalition’s economic plans provide “flexibility”, the JMC provided Scotland’s emboldened first minister, Alex Salmond, with an opportunity to call on the UK government to address the need for either a Plan B on the economy or greater flexibility in its existing plans.

“Maybe I’m just an optimist about these things, but there was certainly an interest in flexibility, if not on the name Plan B. I’m hoping that the government realises that flexibility is going to be important in getting the economy moving and keeping people in jobs over the next few months.”

“The Scottish Government, along with the other devolved administrations, has consistently argued that the Coalition’s plans to cut public spending too far and too fast runs the risk of stalling the economic recovery.

“While it is vital that the public finances are returned to a sustainable footing, the best way to achieve this is by promoting economic growth. There are three key priorities which would promote economic recovery for little cost to the UK Exchequer and it is imperative that the UK Government takes urgent action in these areas.”