With the Carbon Price Support, energy secretary Chris Huhne and treasury minister Justine Greening are not serving the environment, but undermining it. 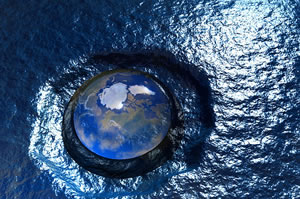 Dominic Maxwell is the author of ‘Hot Air: The carbon price floor in the UK’ (pdf)

What’s a green to do? Climate change deniers and delayers lie poised and waiting for every disagreement. The printing presses of the Daily Mail quiver with anticipation, waiting to scream “stealth tax”, or “middle classes struggling to pay bills”.

In response to yesterday’s IPPR report on the carbon floor price, the resonant phrases were duly deployed. Perhaps some hardened sceptics spluttered over their cornflakes, and mutters about government waste were heard on Britain’s commuter lines. It was a story to reinforce the prejudices of the anti-action militants.

But here’s the difficult truth: the Daily Mail was right.

In the name of climate change, the coalition has brought in a clanger of a policy, which only serves to give green taxes a bad name. It is presented in the name of the environment – but doesn’t save one breath of carbon dioxide, as the level of the “cap” in cap-and-trade is set for Europe as a whole, not Britain alone.

It is praised as a way to reassure investors – but a long-term guarantee about carbon prices is only as good as the guarantor, and in this case, the policy relies on the unknown politicians of 10-20 years’ time. And while adding nothing to the stringency of the EU’s cap-and-trade, it does add to the cost, to the tune of approximately £1 billion.

The clearest winners, in fact, are polluters in the rest of Europe, who will be able to pay less for their carbon permits, saving some £17 billion, at the expense of European governments, and green investors who rely on a high price of carbon.

And of course, George Osborne receives a hefty £1.4 billion in 2015 towards paying down the deficit or pre-election tax-cuts. That makes it the third biggest revenue change to that year – more than the amount spent on reducing corporation tax or increasing the personal tax allowance – and the second biggest revenue-raiser.

The decadal struggle to re-engineer our energy system will need sustained, deep public support. Short-term sleights of hand will be quickly discovered. So, just as those who believe in public spending should be the fiercest advocates of value for money, those who believe in action on climate change should come down hardest on green policies that are poorly designed.

With the Carbon Price Support, energy secretary Chris Huhne and treasury minister Justine Greening are not serving the environment, but undermining it.

10 Responses to “Huhne and Greening are not serving the environment, but undermining it”