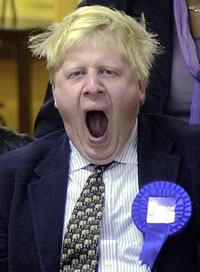 The Western Extension of the Congestion Charging Zone (WEZ) was removed in January and traffic levels, traffic speed and air quality have been monitored closely since then. Today TfL released data related to the WEZ removal playing down a significant increase in level of traffic entering the and within the area alongside a reduction in average speed. But TfL have suggested this is a good news story.

However, all three of these measures are at the lower end of predicted impact ranges and have therefore been packaged as a good news story despite the considerable impact which poor air quality has on the health and wellbeing of Londoners.

The PM10 (particles measuring 10Âµm or less) standard was designed to identify those particles likely to be inhaled by humans, and PM10 has become the generally accepted measure of particulate material in the atmosphere in the UK and in Europe. In directives 1999/30/EC and 96/62/EC, the European Commission has set limits for PM 10 in the air. The legal standard for PM10, which is itself twice the World Health Organisation (WHO) guideline for human exposure, has been breached in London for the whole of 2011 before the end of April.

A number of the Mayor’s seemingly backwards steps on air quality, including the scraping of the WEZ and the deferral of Phase 3 of the low emission zone from 4 October 2010 to 3 January 2012 have resulted in an unhealthy situation for the capital. For the congestion charge in London to achieve or even work towards achieving improved air quality it would be needed across a wider area along with the creation of Low Emission Zones across Greater London, preventing highly polluting vehicles from travelling within the M25 – both steps which are being reversed under our current Mayor.

Moreover, the DfT recently gave Johnson £5 million for a Clean Air Fund. Sustrans asked London Assembly member Jenny Jones to question the Mayor on his intentions for the fund. His response was that the Clean Air Fund will support measure including:

Dust suppressants have been trialled and have failed – yet funding is going to widen the programme – why?

The congestion charge is not an anti-car measure, but a pro-London measure. It is too easy to condemn as ‘anti-car’ any measure, however small, that seeks to control the way cars have come to dictate our lives. Congestion charging won’t stop all cars coming in – it will ease congestion for those that need to and will improve quality of life for all Londoners if used in the right way. People with a disabled ‘blue badge’, taxis and licensed mini cabs, and drivers of dual fuel gas or zero pollution vehicles, are zero-rated and can drive in the congestion charge zone for free.

Population rises and economic recovery, causing traffic to grow 33% by 2025 in the UK, combined with road spending cuts will necessitate wholesale reform of road pricing. Congestion charging in some format is inevitable and it will benefit the country and the British public by improving their wellbeing, making it easier and faster to travel using public transport, on foot or by bike and by improving the quality of the air that people breathe. We need a political presence which understands and supports this issue, but it’s not coming from either end of the spectrum in London.