Ed Balls will today outline that slower growth since George Osborne became Chancellor has already left each family £300 worse off and could leave families £3,300 worse off by 2015. 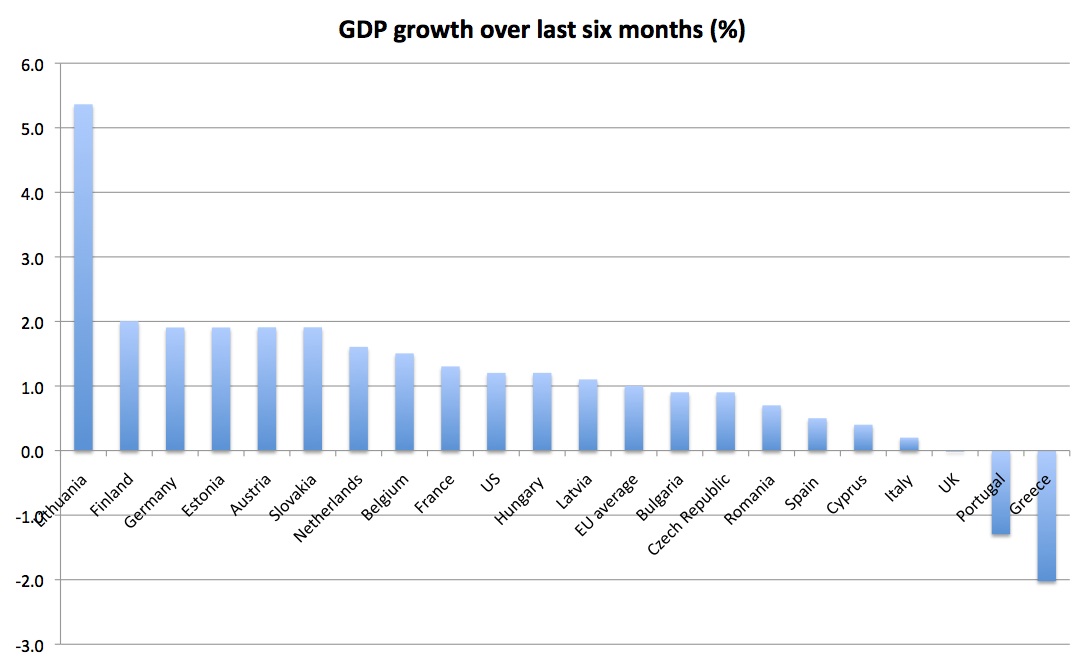 Ed Balls will today outline that slower growth since George Osborne became Chancellor has already left each family £300 worse off and could leave families £3,300 worse off by 2015.

In a lecture at the London School of Economics, the Shadow Chancellor will argue:

“The test for the economy is not whether we avoid a double-dip recession, but how much pain is inflicted along the way in lost growth and lost jobs. Because it isn’t the fluctuating quarterly growth figures that really hurt; it’s all the ground that we’ve lost over the past year – and are continuing to lose every day and look set to continue to lose. While the American, German and French economies have already recovered to their pre-crisis levels of output, we in Britain are still 4% below that level.

“And compared to the OBR’s forecast before George Osborne’s first Budget, their latest forecasts imply that by the end of next year we will be £5.6bn worse off as a country. The cost of that slower growth is equivalent to a loss of income of over £300 for every family. If UK growth came in 0.5 percentage points below trend in every year of this Parliament, our country would be £58bn worse off in 2015 – that’s £3,300 for every family.”

As the graph shows, Britain’s flat growth over the last six months is worse than every competitor country aside from Portugal and Greece (Ireland is yet to report Q1 data). Indeed, the Office of Budget Responsibility has downgraded UK growth projections for 2011 on three occasions from 2.6% in its first assessment before George Osborne’s first Budget to 1.7 per cent in the most recent Budget.

In his lecture today Ed Balls will go on to say:

“The risk is that George Osborne will wreak long-term, as well as short-term, damage on the British economy by creating a vicious circle of permanently lower business investment, lower income and lower employment, which in turn requires bigger tax increases and deeper spending cuts to get the deficit down.”