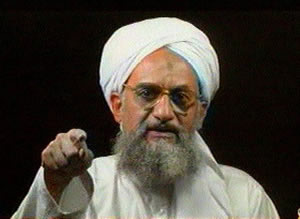 Dr Ayman al-Zawahiri, Osama bin Laden’s long-serving deputy, the man described as the “operational brains behind 9/11”, was today appointed bin Laden’s successor as al-Qaeda chief. Details of the widely-anticipated appointment were posted on Islamist websites, al-Zawahiri saying the group would continue to target “the US, Israel and their allies”.

Some experts, however, suggest the new leader may look to reform the organisation. Noam Benotman, a senior analyst at Quilliam and a close associate of al-Zawahiri around the turn of the century, thinks al-Qaeda may try to “adopt a more intellectual and political tone”.

“It is surprising that al-Qaeda took such a long time to announce Zawahiri as the group’s new leader. This is a sign that there may have been disputes and conflicts within al-Qaeda, including over his leadership, that Zawahiri needed to resolve before formally taking over.

“Zawahiri’s first step as leader will be to try to decontaminate the group’s reputation in the Muslim world. Ever since the Iraq war, al-Qaeda has been mistrusted by many Muslims and even by other hardline Islamist groups for its killing of Muslim civilians.

“Zawahiri’s first priority will be to restore the al-Qaeda brand.

“Zawahiri will also try to re-position al-Qaeda in Middle East in order to take advantage of the region’s pro-democracy uprisings. After being initially surprised by the uprisings, al-Qaeda is now seeing the changes in the Arab world as an opportunity to reassert itself in key countries such as Egypt.

“As a result we should not be surprised if al-Qaeda tries to adopt a more intellectual and political tone and to try to move away from being seen as a purely terrorist organisation.”

“In many ways this represents no big change, he’s effectively been in charge for the past six years, he’s always appearing in their videos while bin Laden’s been in hiding, they’ve been setting him up as leader…

“His background is that of Egyptian Islamic jihad, he has good connections – many of his allies have been released from jail since the Egyptian revolution… He faces many challenges though, al-Qaeda is a very disparate organisation. They’ve lost three major leaders recently. He may not even last that long – intelligence gathering is getting much better, and the Pentagon and CIA are under pressure…

“He’ll have problems trying to exert some kind of authority, and challenges in Yemen, north Africa, with affiliates in other countries, the relationship with the Taliban…”

On the difference between bin Laden and al-Zawahiri, he added:

“Osama bin Laden had charisma; Dr Ayman al-Zawahiri has no character. He is very dictatorial, he doesn’t have the x-factor, the magic touch. Those who admire bin Laden say he had a certain gentlemanness about him…

“Al-Zawahiri is a very confrontational, angry man. He turns 60 next week. He is not that popular with Saudis, Yemenis, gulfis… It will not be as easy to show allegiance to an Egyptian as they did a Saudi.”

“He faces three problems: He’s not as charismatic as bin Laden, and has a thick Egyptian accent so won’t be able to communicate as well… Al-Qaeda is now a flat horizontal organisation – I’m not convinced the head of al-Qaeda in the Maghreb is gonna bother referring back to al-Qaeda central… And if they do try something spectacular, how does it tie in with the Arab Spring? How does the new leader speak to them when the Arab Spring’s passed him by?”

4 Responses to “The A-Z of Ayman al-Zawahiri”