The government's response to the criticism of the NHS reforms is disappointing - previous concerns are still unresolved, writes Lib Dem MP Andrew George. 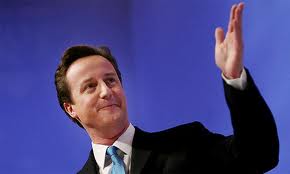 For those who, like I, had strongly criticised the government’s Health and Social Care Bill and campaigned against the government’s plans, the unprecedented “pause” and “listening exercise” was an encouraging success. Then last week’s Future Forum report represented a welcome step forward.

However, what is emerging from the government’s response is disappointing. It leaves many of the previous concerns – about the risk of a marketised NHS, a missed opportunity to better streamline health and social care and a lack of accountability – still unresolved.

Whether it is the intention of ministers or not is unclear, but it seems that the government will perpetuate rather than resolve the risk posed by the private sector to core NHS services.

• Although, as before, Monitor will not “promote” competition, the new NHS Commissioning Board will have an enhanced role in driving competition;

• The proposals weaken the ability of commissioners to treat core NHS services as their “preferred provider”;

• It enhances the opportunities for private sector providers as “choice” gains pre-eminence over integration; and

• Although commissioning bodies will not be able to delegate their responsibility for commissioning decisions to private companies, all other aspects of their role in managing and delivering those decisions can be.

In addition, some of the core issues which helped to persuade the government to “pause” are still not resolved.

The government’s proposals do not:

• Go far enough in strengthening the ability of clinical commissioning groups to better coordinate health and social care; and

The NHS Commissioning Board will be given a mandate by the secretary of state to “set clear expectations about offering patients the choice: a ‘choice mandate'”.

The NHS constitution has seven key principles – comprehensivity, equal access based on need, safe/effective care, to reflect needs and preferences of patients and carers, integration, cost-effectiveness and accountability. Integration is given an at least equal status with that of patient “preferences” (i.e. choice).

It seems that while we have successfully stripped Monitor of its proposed power to impose competition, it appears to have been smuggled into the NHS Commissioning Board’s remit.

The government’s response to the Future Forum states that it will “prevent current or future ministers, the NHS Commissioning Board or Monitor from having a deliberate policy of favouring the private sector over existing state providers – or vice versa”.

The reference to “vice versa” ditches the possibility of preferred provider status applying to NHS services and hospitals. It also potentially contradicts the claim of ensuring the integration of services and the ability of, for example, NHS hospitals to provide a range of specialities, case volume and income to run safely emergency, complex and A&E services.

Choice will now have a “mandate” whereas integration will not. HealthWatch will be told to establish a Citizens Panel to look at “choice and competition” whereas there will be no such instruction for integration, etc.

The government’s proposals for Clinical Commissioning Groups seeks to reassure by stating that these will be “public bodies” and will not have the power to “delegate their statutory responsibility for commissioning decisions to private companies or contractors”.
So, the decisions may not be delegated, but everything else could be.

5. Integration of Health and Social Care

There is no further enhanced role for Health and Wellbeing Boards, nor for elected representatives on commissioning groups.