Anas Sarwar, Labour MP for Glasgow Central and a member of the international development select committee, explains why we very much need to continue giving aid to India. 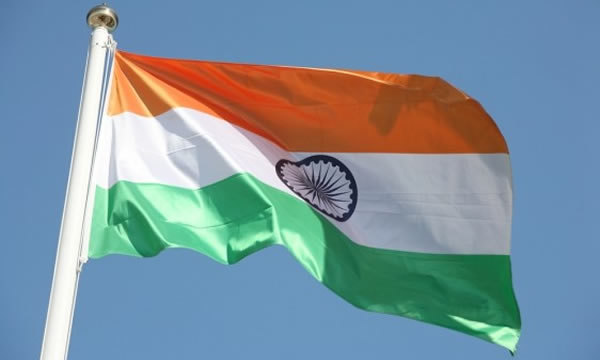 There has been recent controversy over the government’s decision to continue its aid programme to India. Some argue that as India is the fourth largest economy in the world, with a space programme and an aid programme of its own, it should not receive support from the UK, particularly at a difficult time for our own economy.

Yet these bare facts do not tell the whole story.

I have recently returned from India with the international development select committee, as part of our inquiry into the UK’s aid relationship with the sub-continent.

We visited the poorest states in India, including Bihar and Madhya Pardesh, where we met with key state government and central government figures and visited many aid programmes that the Department for International Development (DFID) funds both bilaterally and through multi-lateral organisations like the World Bank.

What I saw and heard in India convinced me that the government was right to take the difficult decision to continue its programme in India. I also agree that it is right to concentrate DFID’s work in the poorest states of Bihar, Madhya Pradesh and Orissa and to look towards greater involvement for the private sector.

This does not mean I do not have concerns; I do, which I will outline later.

India is a place of extremes. It has a fast-growing economy, yet is also home to a third of the world’s poor (source: World Bank). Half of these – more than 300 million people – live in the country’s five poorest states, where progress towards the Millennium Development Goals is slow and hindered by complex social issues, poor infrastructure and weak government (source: Oxford Development Initiative: India Country Briefing; pdf).

India’s income per capita is 1/20th that of the UK; 456 million people live on less than $1.25 a day; 1.83 million children under five die every year; and India accounts for 1/5th of all maternal deaths globally (sources: World Bank, UNICEF).

Yes, India has a space programme, but let’s be clear: this isn’t some mission to get Indians on Mars. It includes investment in satellite technology to improve its telecommunications system, set up a GPRS system and to track weather patterns to help with early detection of severe weather. This is real development, helping to grow India’s economy, create employment and promote growth as well as protecting citizens.

The Indian government has made significant progress in improving the lives of its poorest citizens, however its poorest states continue to need our support and expertise if they are to be pulled out of persistent poverty.

In Bihar, I was struck by the number of powerful women who were leading the fight for change in their villages, cities, state and country. One of the success stories are “Anganwadi” centres for nutrition and sanitation, where a trained health worker looks after a local population of 1,000, providing health advice and outreach services particularly targeted to children and mothers.

It is right that DFID focuses on the poorest states, but it must also focus on the most pressing problems. In the rural areas of India approximately 70% of people still openly defecate (source: World Health Organisation and UNICEF Joint Monitoring Programme).

This leads to a number of health problems, harms education and has specific risks for women. Poor access to water is a related issue – even those with a toilet don’t want to use it as they don’t want to “waste water”. Yet only 1% of the DFID budget for India is allocated to sanitation (source: International Development Select Committee Inquiry into British Aid to India; pdf).

Looking to the future, Secretary of State Andrew Mitchell has said that by 2015, 50% of DFID spending in India will be in the private sector. This is both an opportunity and a risk. An opportunity because it is quite clear that if India is to lift millions out of poverty and continue to grow it will need a huge rise in the private sector, alongside investment in the public sector – particularly in poorer states.

The risk is the impact this will have on brand DFID. At the moment, DFID is recognised around the world for its work and its no-strings-attached grant and programme support. The notion that DFID could directly make investments and look for returns is a cause for concern.

It is clear that India is a country on the rise. USAID has said India doesn’t need money; it needs expertise and our expertise costs money. The question is whether, post-2015, the UK sells its expertise or donates it.

The international development select committee’s report on The Future of DFID’s Programme in India can be read here (pdf).