Excellence for all students is what our higher education system should be about; not just for the scions of millionaires, oligarchs and aristocrats. 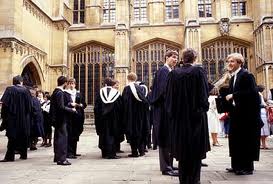 Academic household names are few and far between, but professors Richard Dawkins, Niall Ferguson and Steve Jones are as close as we come to university superstars.

Now, like a 1970s super-group, they intend to come together to launch the New College of the Humanities – a private university college teaching degrees in English, philosophy, history, economics and law.

The renowned philosopher, AC Grayling, who is leading the initiative, promises an enviable line-up of intellectual talent, which also includes international luminaries such as cosmologist Lawrence Krauss and experimental psychologist Steven Pinker.

In return for this gilt-edged education the college will charge £18,000 a year in fees – double the permitted £9,000 maximum that will be levied by universities within the state sector from 2012.

Arguing that swingeing government cuts to humanities funding has driven the move, Grayling argues that the creation of the college is merely an expression of “economic reality”:

“The £9,000 cap is completely unsustainable. The true cost [of a degree] is way more and that ceiling is going to have to be burst. Other universities might also think ‘either we sink or go independent’.”

He is right to condemn the government’s disastrous cuts to humanities funding, but his cure is as wretched as the ailment. The college is an “odious” idea, according to the critic and academic Terry Eagleton.

This move should be critiqued as a bad deal for the taxpayer and a backward step for social mobility – albeit a nice little money-spinner for those involved – as the concept of ‘private wealth and public squalor’ is imported into our university sector. All this for the sake of creating little more than a salon and intellectual finishing school for the super-rich.

As Sally Hunt, general secretary of the lecturers’ association, the University and Colleges Union put it:

“At £18,000 a go, it seems it won’t be the very brightest but those with the deepest pockets who are afforded the chance.”

When universities minister David Willets floated the idea last month that rich students might be able to buy a place at elite universities by paying increased tuition fees, he was forced to beat a hasty retreat.

Rightly so. Recent research shows that a majority of current final year students would have been deterred from applying for a university course if they had to pay the £9,000 ‘state university’ limit that will apply from 2012 – let alone the £18,000 a year Grayling’s college proposes. Moreover, the fees disproportionally deter women, students from comprehensive schools and those living in the north of England.

Grayling’s college also sets a worrying precedent. What is to stop academics in other niche fields from breaking away from the state sector if they can find a market of super-rich undergraduates to educate?

It would also represent a lousy deal for the taxpayer if academics who have accrued their skills and experience from working in publicly-owned universities then leave to ply their trade to the highest bidder like intellectual mercenaries.

“It is a sad reflection of the scale of government cuts in higher education that it is taking a private initiative to drive new investment in arts, humanities and social sciences courses.”

Of course this “new investment” comes courtesy of a doubling of tuition fees. Existing universities could no doubt provide “new investment” too if the fees ceiling was removed; but this would lead to an arms race between universities that would price many students out of higher education altogether.

Meanwhile this “private initiative” will see the 13 founding superstar academics own a third of the college, alongside a range of wealthy business backers from the City.

Despite their academic pedigree, Messrs Grayling, Dawkins and Ferguson will ultimately have to turn a profit for their financial backers. Their lofty arguments about providing academic excellence will be sullied by base commercial considerations. Perhaps their lectures will be on a pay-per-view basis?

Excellence for all students is what our higher education system should be about; not just for the scions of millionaires, oligarchs and aristocrats.

21 Responses to “Academic super-group are more like intellectual mercenaries”