Frank Field told the Progress Conference that Labour should not be a feminist party and that people are attracted to a life of joblessness, reports Shelly Asquith. 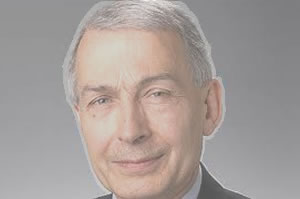 I went along to the Progress annual conference this weekend anxious that I wouldn’t like some of the proposals put forward, but not expecting to be outrightly offended. The source of my offence was the session entitled ‘Welfare isn’t Working’, and namely Frank Field, one-time minister for Welfare Reform, now coalition ally. The speakers included Stephen Timms MP, shadow work and pensions minister; Cllr Claire Kober, leader of Haringey council; and Kate Green MP, former chief executive of the Child Poverty Action Group.

The first topic addressed was the government’s proposals for removing people from benefits. I was concerned by Stephen Timms’s approval of the plan to move “100,000s of Incapacity Benefit claimants in to work”.

With no corresponding cures for the most immobilising of conditions, and no new jobs set aside for claimants regardless, I worry how our most vulnerable will cope with the transition.

Frank Field agreed with Timms’s comments, and added that Labour had failed to reduce the non-working number from 5 million. As the government’s ‘poverty tsar’, Field’s role is to find ways of breaking ‘dependency culture’.

This challenge is ultimately a noble one, providing claimants are offered work to go to; but the target-based, cost-cutting scheme is evidently not achieving that aim. People are losing benefits, but no alternative security is suggested.

Field later implied there was an appeal to a “life without the complications of work”. One doubts Field has ever observed the complications of checking in to his local Job Centre only to find there is nothing suited to his experience; or worse still, that it has closed down.

Claire Kobler, leader of Haringey council, was right to point out to Field that, while he may say 30% of benefit claimants do not intend to work (n.b. I have tried and failed to find evidence to back up his claim), 70% do; while 50% of them are disabled anyway.

The discussion naturally led on to the new Universal Credit, Iain Duncan Smith’s model designed to make it more profitable to work than remain on benefits. Kate Green began by addressing the fact that the system, with lack of child-care support and a household level payment scheme, will actually disincentivise women from working.

This claim is backed up by a White Paper submitted by Oxfam, which explains that:

“The likely effect will be to make work pay less particularly for lone parents and for second earners in households with children – in both cases, probably women.”

“Families should be supporting one another. We should not be a feminist party.”

Field is a traditionalist: he believes it is a woman’s role to care for children (whether she is in a position to have them in the first place or not) while the husband provides for her. Previously, he has blamed a generation of “upwardly mobile very successful women” for trying to coerce young mothers into work. Presumably, his ‘hero’ Margaret Thatcher is guilty of this.

Franks Field and his government allies fail to recognise that tackling poverty and rising female unemployment does not begin by cutting public sector jobs most often done by women, or by eliminating the legal aid that defends them during divorces.

Whichever way you see it, traditionalist or not, any woman seeking to raise children while the Tory-led government carry out their cuts to housing benefit, child tax credits, pregnancy grants and childcare subsidies will unquestionably be worse off, in work or out of it.